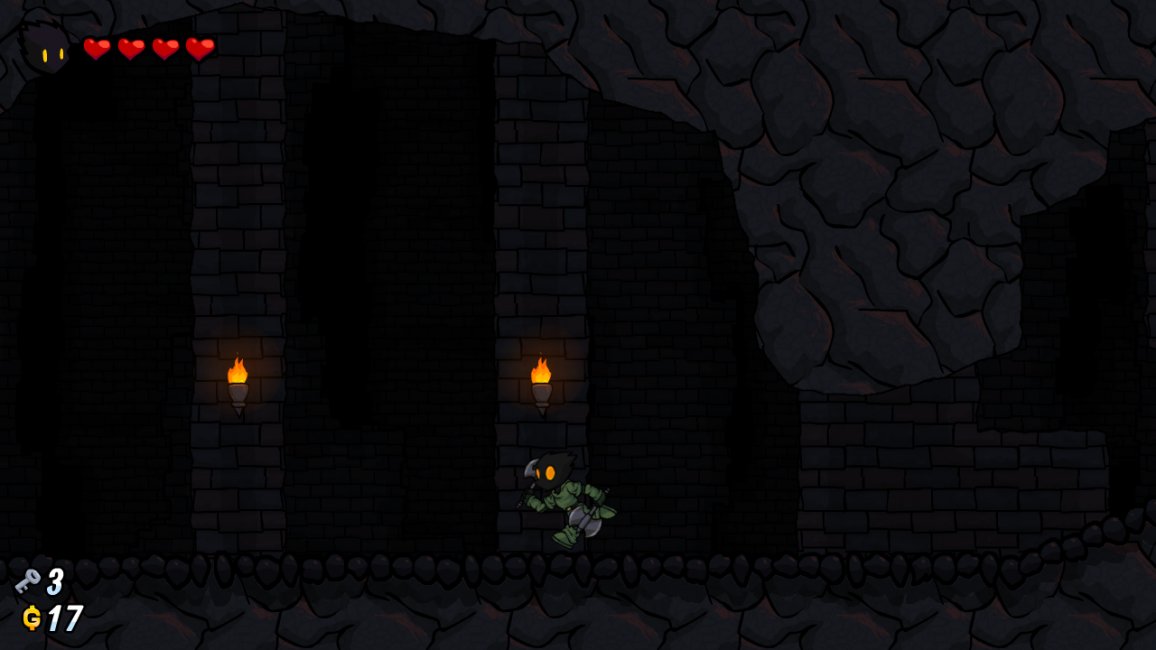 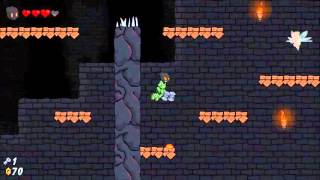 Action-adventure with characters and stuff.

Controls UI Graphics
Zeran's Folly looks like a good game. However after watching the video and checking the changes/upcoming features I find myself asking the question, what makes this game worth my money?

There's already a thousand other games that do the same thing as you if not more, so I'm left wondering what your selling point is? From a consumer stand point, if I can't tell the reason why your game is better than the competitions from the trailer then I'm afraid you'll end up fading into the mix.

Best of luck with your game, it just looks standard from what I can see.
Reply

It's good to hear that the gameplay looks at least adequate so far, though.
Reply

Game Graphics Level Design
It feels very much like a Sonic the Hedgehog game, and I'm sure that is what you were going for.
At about 0:42 in the video, you can even see what looks like a blue hedgehog (or possibly a porcupine)

Your character design is pretty cute.

Yeah, the gameplay is definitely going for a Sonic/metroidvania mashup sort of deal, although the latter isn't really apparent yet.
Reply
p

Game Graphics UI Graphics
I really like the graphics style. It's solid and clean, without cluttering the screen or overloading the player with flashy graphics. The thumbnail on the game is what made me click and take a look as well, it's the kind of game I'd have loved as a kid. The title image of all the characters standing at the cliff is cute as well.

On the downside, the UI is so basic that it makes the game seem like there's nothing more to it than avoiding getting hurt. There's only health icons and that's it. Not even an indicator on how many coins you've collected (or am I missing something and the coins and stuff aren't actually used for anything?).

The characters and gameplay look fun. From the video it looks like the controls are really responsive too, which is a plus as there's a lot of 2D sidescrollers that have very 'floaty' controls, which imho really detracts from gameplay.

Unfortunately it's really hard to tell what sets this game apart from other 2D platformers. The video really just shows characters running through levels collectintg what looks like coins. But there's no clear objective, no obvious use for the coins, and (from what I could see) shops or ways to upgrade your character.
Reply

Game Graphics Level Design
Whenever anyone makes a game like this I think the thing worth asking is "What does my game do that super metroid 2 didn't do" this may seem like a dick thing to say but this game clearly has 100% of the graphic design and 40% of the gameplay already in place. If you want to want this to go anywhere make it complex and keep the fluidity.
Reply

Thanks for the honest feedback.
Reply
t

Mechanics
The graphics don't render correctly when running on my computer's integrated graphics, and I needed to use the NVIDIA processor. For troubleshooting in the readme you should suggest right-clicking the .exe and selecting "run with (NVIDIA) graphics processor", in case other players have similar problems.

Animation looks very nice and fluid, and I appreciate the effort put into making minor animations, like teetering on a ledge. The music and backgrounds look great as well, although I had a hard time seeing some platforms in the tomb levels. The sound effects could use some work though (particularly the axe swings)

For a game that describes itself as Sonic+Castlevania I was surprised at how good the combat is. Grounded melee attacks don't halt the player, the little hop in an aerial attack helps for platforming, the slide was useful in dodging boss attacks, it's a great package. The downward slam attack definitely feels off without some sort of landing lag though. And again, some better sound effects could probably make attacks feel more "punchy".

Most of what I didn't like about the game is, appropriately, most of what I don't like about 2D sonic games. The acceleration is too low, angled jumps on slopes feel weird, levels get repetitive and overstay their welcome. It could be a preference thing and sonic fans probably won't mind, but it bothered me. Still the levels could probably be shorter or have a greater variety of enemies.

Biggest problem: this breakable platform that surprisingly dropped me down to a lower level I'd already been to in the first tomb level without any way to get back. That felt unfair. I think it's unreasonable for the player to be expected to consider the layout continuity of the cave like that... especially since the room before that somehow had a bottomless pit on the second floor. If it's supposed to be a fast way back to a locked door after getting a key, they player should come across the key first.

Still looking forward to see how this game turns out as it's pretty good so far. I found a debug-ish menu that let me see the other characters and they all look like a lot of fun.

One last thing: I found that sliding off a platform will cause the character to run way faster than normal upon landing. I'm not sure if that's intentional but it was fun to play with so I'd actually suggest leaving that in.
Reply

Game Graphics Controls
Love the art work in this game, the only thing that I need to fully enjoy this game, its add more game feel to the game, give more feedback from whats happening in the game to the user, you can check some videos like:

Jump feels a bit 'floaty' -- character should fall faster (and probably move up faster too).
Movement inertia feels kinda strange; there are lot of people who HATE inertia in platformers, especially when stopping is not instant. When you have to do a lot of jumping with changing direction (like in the section with lots of breaking platforms), that inertia becomes really annoying.

Controls Physics
Other people have been saying this but I definitely agree with the inertia that others have pointed out definitely doesn't fit the game. I get that is probably trying to imitate the sonic aspects of the game but I kind of feel like if you want to go that route the levels may need to be a bit less maze like which would kind of alienate the metroidvania aspects you are trying to accomplish.

The attacking animation might need some work as I feel like it is visually weak. I know the DS castlevania games do a great job at giving weight to the heavy weapon and fast crispness to the lighter weapons. Try playing through Order of Ecclesia and look at how sharp and quick the animation of the sword is or how heavy some of the hammers feel depending on how you want your character to feel.

One this I really like though was the directional up and down modifiers to your moves. Pressing up and attacking to get a little bit of height was a really interesting move that while small helped add to the depth of the game. Sliding I felt might have been a little too fast but the thought is good.
Reply
s

Level Design Game Graphics
I can't say I'm too fond of the graphics for the background/scenery. Felt very bland and generic, like the game is lacking art direction. The animations for the character were very well done, tho. And I liked the level design, which is a plus.

However, it's a generic game with nothing really to stand out. Maybe if combat was more fluid?
Reply
s

God get a link for it, it looks super fun
Reply

Nobody understands to put a link
Reply

Game Graphics Controls
Overall good game!
Nice graphics as well.
My small issue probably with the control. The character is a little bit sloppy for many small platforms to jump on.

If you have time, please roast my game:
https://roastmygame.com/game/fallace

Game Graphics
Very nice graphics and animations! The look reallt nice. I also like the speedness of the game, it creates a very dinamic gameplay.
Reply
G

Story/Writing/Dialogue Mechanics
The art of the game makes me feel nostalgia, here are some good and bad points I found on your game:
-Placing a flying enemy who needs two hits to die in between jumps plus your character has a recoil after attack is BAD design.
-The attack range of the dual axes is way to short, almost inside your own hit box.
-Despite being fun, double sense jokes sometimes feels forced.
+The characters important to the story are well written.
+The soundtrack is superb.
+You can play as other characters.
+You can use any joypad and personalize the button layout as you please.
Reply

I wanted to try the free version.
Reply
R

Controls Physics
Looks stellar, like the graphics from Brawlhalla (cartoony, chunky, delicious). The physics work in practice, but when I watch it, I can't help but feel like the physics levers need a little adjusting.

Great all around. Thanks for contributing to the scene.
Reply

Game Graphics
I think it's a good game.
The game has good graphics, I really like it!
The game is quite dynamic and has great gameplay.
Great job.
Reply

Prity cute reminds me of a Ccartoon Lapitch the little shoemaker 9f there is no voice acting i think you should add it that ill make the game beter in my opinion.
Reply