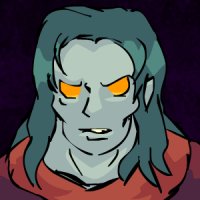 Yeah, the gameplay is definitely going for a Sonic/metroidvania mashup sort of deal, although the latter isn't really apparent yet.

It's good to hear that the gameplay looks at least adequate so far, though.

Thanks for the honest feedback.