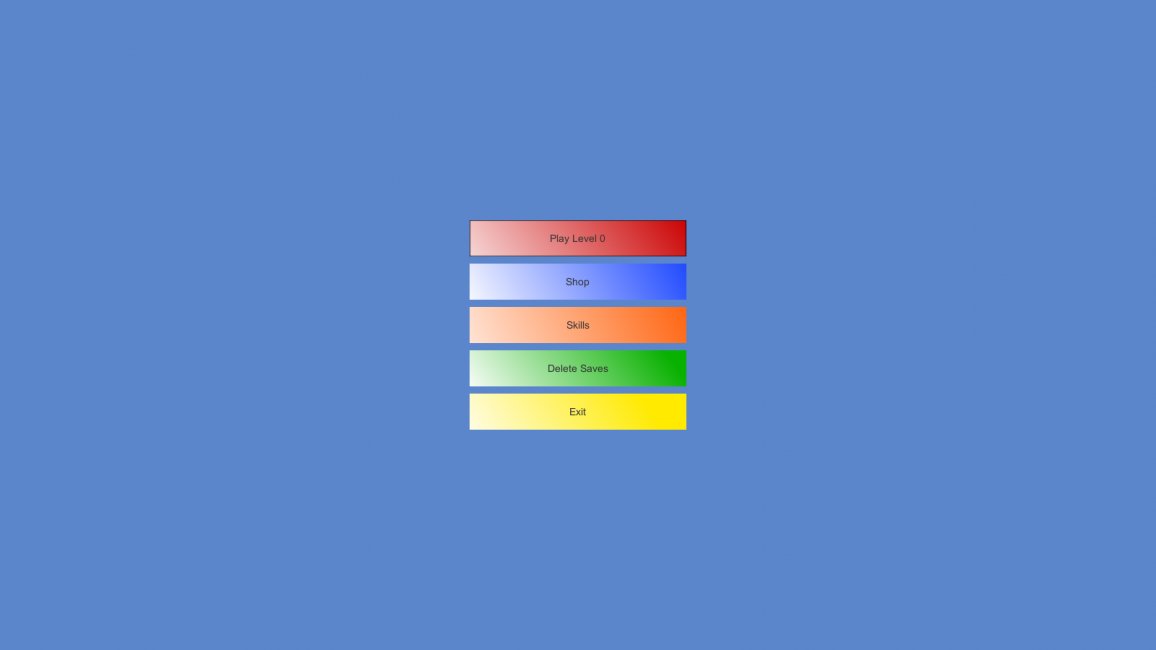 Level Design
Unfortunately the site only locks me in 1000 characters which is really, really annoying and my feedback was really long so I uploaded a txt file with the feedback on this link below:

Thank you for the feed back! I do plan on adding a tutorial level soon, I just want to get the game playable and working before I do so as I am adding new features a lot, and I would constantly be updating the tutorial. Also, a UI polish update is planned after I get a few more features done, so the health bar will definitely be looked at, along with a radar type feature or something of the sort that shows where enemies are. Aiming the fireball is also a placeholder, as are the graphics like you said. I am going to be creating new levels soon as well, I just wanted something to get the basic features out on. Once again, thank you!
Reply
s

Mechanics
Personally I think this is an exceptionally cool idea. Slowly giving the player more of the world to see and interpret is a really awesome concept to build a game around.

Now I haven't played the game seeing as I'm on Mac right now, so I'll be going off of what's present on this webpage.

As I said above, really cool idea; you need more though. I think you're going to need one or two additional mechanics to really drive home the selling point for your game. They can be really small things that reflect the core statement of the game, but you need them.

I would really love to see a game like this succeed, so I wish you the best with it!
Reply

Mechanics Controls
I put controls as the needs improvement aspect, but it basically just means concept implementation. The core idea is certainly nice: having to feel out an environment and having it gradually revealed to you, making it easier the more you try, but right now the game just doesn't communicate well. Once I found out the lighting on the ball points towards the "goal" sphere things became a lot more bearable. A tutorial level would be all fine and good, but there's still lightning-fast enemies that are nearly impossible to predict with your limited view, and it feels very out of the player's control whether they're victorious. If you're married to your "close up" idea you should try finding a way to have better cues for what's around you, such as particles that surround enemies acting as auras, or maybe noises panned to the left or right of your headphones acting as audio clues. Also, I'd recommend a bomb power or something for when you're in a sticky situation, perhaps at the cost of points or FOV. Either way, it's up to you.
Reply

Thank you both for responding! I have recently recovered from being quite sick, so development will actually start to pick back up. I agree that there needs to be more indication that there is an enemy near, and I am working on that currently. Also, I am working on uploading it for mac, and next update there will be a mac version.
Reply

If your character and enemies are moving at extremely fast speeds, then put graphics to fantastic or high, and it will fix itself. I have no idea why it does this but it does.
Reply

I tried to play the Mac version and I got this error in the Terminal:

As for the problem with characters and enemies moving a fast speeds, it looks like you're using Unity so the problem is probably that you are calling the move functions for your characters in the Update() function. The problem with this is that Update() gets called a different number of times per second depending on how good your computer is. The higher your FPS, the more times Update() is called per second. The way you solve this is to multiply your movement transform amount by Time.deltaTime();

Good luck with the game!
Reply

Mechanics Tutorial/Learning Curve
This has some potential, what i suggest adding is that the player shoots with arrows instead of space, allowing him to escape while hurting the enemy. As a counterbalance, you can make the lesser knockback.
Reply
D

Controls Animation
I think this would be much better if you could see not only when the ball rotates to face a new direction, but when it is actually rolling. Especially if there is some acceleration because it is really hard to see if you're actually moving.
Reply
M