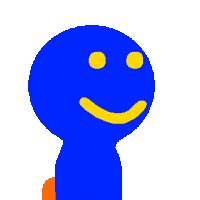 I made this game with a team for Global Game Jam 2016. You play as a drug runner trying to collect as many drugs as possible and survive seven increasingly brutal nights. The drugs are exchanged for upgrades and bribe money, so collect as many as you can before you run into the dealer. Be sure to read the quick gameplay tip on the itch.io page about avoiding the police.I might not update this game depending on what needs work, but I'm doing One Game a Month so I'd love to hear what you think is good or bad here so my future games can improve!

I made this last weekend for a 48 hour game jam, then I spent parts of the last week touching it up a bit.Transform is a puzzle platformer where you change attributes of your surroundings to solve each level. As you progress, you get more tools to mess with the environment. If you get stuck, there's a walkthrough in the itch.io description.I might not update this game unless something really needs work, but I'm doing One Game a Month so I'd love to hear what you think about the puzzles or anything else so my future games can improve!

The in-game sprites are actually slightly different now. The H's are darker instead of white. I should really change the screenshots to reflect that though. I would recommend firing it up and looking at it a bit before fully judging the graphics, but it's a fair assessment that my promotional art needs work. Art assets are really not my strong suit, and while I've been trying my hardest to make the game look good in its movements and spells, I still haven't figured out the wizards yet. Anyway thanks for the feedback!

I put controls as the needs improvement aspect, but it basically just means concept implementation. The core idea is certainly nice: having to feel out an environment and having it gradually revealed to you, making it easier the more you try, but right now the game just doesn't communicate well. Once I found out the lighting on the ball points towards the "goal" sphere things became a lot more bearable. A tutorial level would be all fine and good, but there's still lightning-fast enemies that are nearly impossible to predict with your limited view, and it feels very out of the player's control whether they're victorious. If you're married to your "close up" idea you should try finding a way to have better cues for what's around you, such as particles that surround enemies acting as auras, or maybe noises panned to the left or right of your headphones acting as audio clues. Also, I'd recommend a bomb power or something for when you're in a sticky situation, perhaps at the cost of points or FOV. Either way, it's up to you.