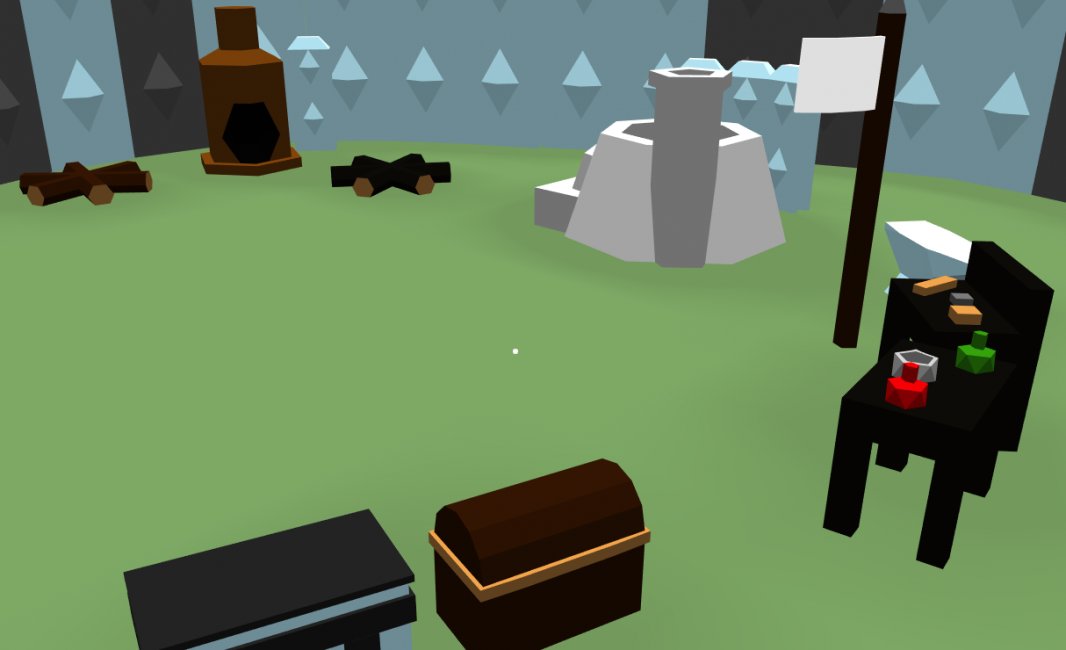 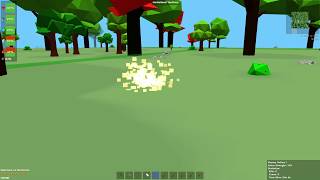 Morterra is an online survival game set at the dawn of man. You awake with absolutely nothing and must find food, water, and protection from others. You will need tools to build a base to protect yourself, armors to defend against attacks, and weapons to fight back. You will eventually grow tired and need to sleep. However, while you sleep you are still vulnerable to attacks, so you must build adequate protection for yourself to survive the night.

The world contains no edges, no "safe-zones" (other than bases you build for yourself), and players can construct/destruct at their own will, but be conscious of whose stuff you destroy!

Moving forward, our goal is to make the game as optimal as possible, so that everyone can play it from virtually any computer. In terms of content, here are some of our upcoming future updates.

Here are some of my thoughts;
+I really wish there was a tutorial, last time I was this lost I think it was Terraria.
+It seems like the hatchet is very important to alot of what you do in the game, I would suggest giving one by default.
+ The claiming of territory, how does that work?
+ Your help page doesn't seem to have a scroll bar so I couldn't read the instructions (I'm using Fire Fox so maybe its my browser.
+ Maybe its my connection because the game lags on my end.
+ The low poly look is a wise choice for a browser game, it should keep latency low (I'm implementing similar visuals in my game).
+ The crafting of a fruit spear was easy enough but the tool feels useless, I tried to kill a chicken with it.
+ The game feels like a pototype because the only animals I encountered were chickens.
+ I don't quite understand all the percentages you placed on the left hand side of the screen (I get health but the sleep and meat percentage don't seem to mean much).
+ The server froze me out for some reason so I can't get back in.

Over all
I understand your concept from just looking at it but the game still feels like a prototype you're trying out.
Its a bit hard to actually get into and I wish that there was a little place I could run around and learn the basics quickly.
I wanted to build my own walls and claim land but I don't even know where to start, I can barely craft a work bench let alone build walls.
I wish the visuals conveyed more of whatyou were going for aswell, right now they're a bit too simple, try this Youtube video to see what I mean https://www.youtube.com/watch?v=H1oNuKChsdU

But you can take all this with a pinch of salt, I don't usually play survival games, so I can't say I know much.
Keep going at it and good luck to you.

Here's my game feel free to try it out.
https://roastmygame.com/game/project-gunsbritannica
Reply
m

Thank you! A tutorial has been our #1 feedback, so it is our main priority at the moment. You can find sharp rocks on the ground which can be used as a one-time hatchet/knife - a tutorial would help explain that better ;D. You can create a flag to claim land - also will be in the tutorial. The help page sucks and will be replaced once we finish the tutorial. Spears aren't useless, when more players are on they are very useful for defending yourself. There are cows, pigs, and horses as well, but they usually try to stay away from humans. The percentages are your survival levels: hunger, thirst, fatigue, health, etc. You need to maintain them to survive :)

Thanks for the feedback. I feel once we add the tutorial it will fix a lot of your concerns and you can have another look :D
Reply
d

Game Graphics Controls
Hi, I tried your game. It looks as an interesting concept. However, the walking is too slow, the accuracy with the mouse as well for picking up objects. It is not clear from the beginning what to do. The animals are super fast. Trees and other objects disappear once you look around (perhaps your camera frustum is too short). Would be good to put some ambient sounds.
Reply
m

Thanks! We are working on a tutorial and will add more ambient sounds ASAP! Also, animals are meant to be fast - a trap or a bow are a couple of solutions :D. Also, any chance you could replicate the bug with the trees? We haven't encountered or heard of it yet...
Reply
s

Hey,
Looks like a great game. Like the stylistics. However, I was unable to play the game fully as it was lagging too much. The laptop I'm using shouldn't be a problem, wonder why it lagged so much.
Reply