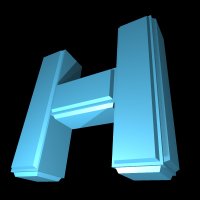 BABU - Blow All Blocks Up

Defend earth from being invaded by aliens in this 8-bit Retro Arcade Style Action Shooter.Destroy all of the blocks or all of the alien robots constructing and improving these blocks. Keep watch of enemy turrets that will fire on you.The usage of bombs is adviced. But you do not have infinite of them. Sometimes they are send to you by your allies on earth, supporting your battle.Can be played via keyboard but I personally preferred the gamepad during my tests runs.Menu via gamepad: X = Up, B = Down, A = Select or Return

No text shows up in the dialogue text boxes. No dialogue visbile, despite using setup with installer. But text for stats and most of UI shows up: Battle result text shows up, treasurebox does not show up. The screen after the first... mini-boss 'Planet Motavia.' also shows text.

I further think the gameflow (battle, level changes) was as expected (that's good).

Music, sound and graphics are really good. Because of the text issue in the dialogues I cannot say anythink about conversation, dialogues or story (asides the background story).

Sometimes the graphics became unstable in the mid of the screen when walking on the map outside the city. (Windows 7, 64bit, GeForce GTX 770)

O suggest you add a mini map, since you can easily get lost on the map. And that put together with the random-enemies it can get a bit on ones nerves.
The mainmenu only contains a 'save' entry but no 'load' entry. The 'save' entry is for load and save so I suggest naming it that way. That's imo more easy for new people to undestand.

So far my first impressions after playing half an hour. I did not know about Phantasy Star before, so it is the oppinion of someone who could be attracted to that game and series.

Alltogether you already did a good job. Please continue!

It would not hurt to add some UI so one could turn off the sound ingame. Same goes for more options for a player to do something. It feels just like a completed tutorial, so a lot of work has still to be put into the game. Graphics, Sounds, UI for options, controls and proper end of the game just to mention some of them.
Anyways, if you really try to improve it, I am pretty sure people will start liking this game. Just do it!

The bullets were easy to aim and shoot. Also the minimal hit-feedback of those demons or deities was good enough to understand so one could progress in the game. Needs most work does neither contain a 'sound' nor a 'game length' option, so I have to write the critique here. Despite it was surpisingly much fun to play, it is just too short. Maybe you should start to work on modular leveldesign, so you can more easily create a bunch of levels from a few presets. That will also help you improving your graphics. Have a look a sites like freesounds where you can really easily pimp your game by including some sounds.

I tried to play it but failed. It seems there are some bugs in it. When I tried to equip a druit spear, I left-clicked, but nothing happened. I could equip a fruit stick the same way though. But then I could not strip it with rigth click. Or maybe the advices in the box in the lower right corner are outdated?
Also when I tried to get a trunk from a smaller apple tree, it did not work using a sharp stone. But it worked on another small apple tree using the same sharp stone.
Ofc it is also possible that the server is severly lagging - but I only noticed 2 other users (or bots?) logging in an quitting again. So there was almost no traffic at the server.
Once these basic problems are removed, I am pretty sure it will be a fun-to-play survival game.

Installed the new version with installer again today.
The text in the dialogue boxes is now showing up properly. The bugfix worked for me.

I noticed that the healing spells (Tech: [Asia]: Res: 3) is not reduced after each use. It always stays at 3.

Below any game page there is a comment section.

In the edit-field you can write your honest feedback: What you liked and what you hated about that game. Optional write, what you would like to add or change. Then press the reply button.
That's it.

+ I could not select Atmosphere / Sound as favorite aspect but you get it this way.
+ Controls and Physics are good to go.
+ Graphics are really good - but there are not so many.
- There are just a few rooms but one gets easily confused because the walls, ceiling and floor tiles are all the same. Also you should add something around your doors. That was also one of the tips of John Romero (Doom Developer) to put a frame between each 2 different materials.
- It is a rather short game. Too short to really get into it. If you already got it so far, you can easily add some more levels and puzzles to solve.
- Thats also the main point: Level Design. It did not feel like I accomplished anything during this game. As a player you cannot get better in playing. Because of there is so little to solve, there is also no feeling of success or getting a reward. This is, what should keep a player playing a game.

Could become a good mystery / horror - adventure. Please continue it. :)
And also please check out my game as well. :)

Thank you for roasting.
I will include your suggestion and the ones from the video in the release 1.0 (or in another update after that)
The ugly bug when the player is stuck when trying to slide along the wall of blocks has been fixed recently and will be in the next update as well.
It is really interesting to see, how someone else is exactly playing the game. Thanks a lot!

Pretty fun to play. The increase of difficulty was good.
Maybe a light non-nerving melody (in game music) could spice the levels up, since you tend to spend time waiting for an opportunity as soon as opponents appear.
UI looks terrible (contrast main menu, font+size of buttons), but you probabily already knew.

You should include the controls in the 'how to play' section as well. First I thought, the space button was the fire button but nothing happened. You should work on the graphics. You will have to decide, how serious or technical your game should become, meaning setting a certain environment. That should be done before doing the graphics or you might end doing them twice.