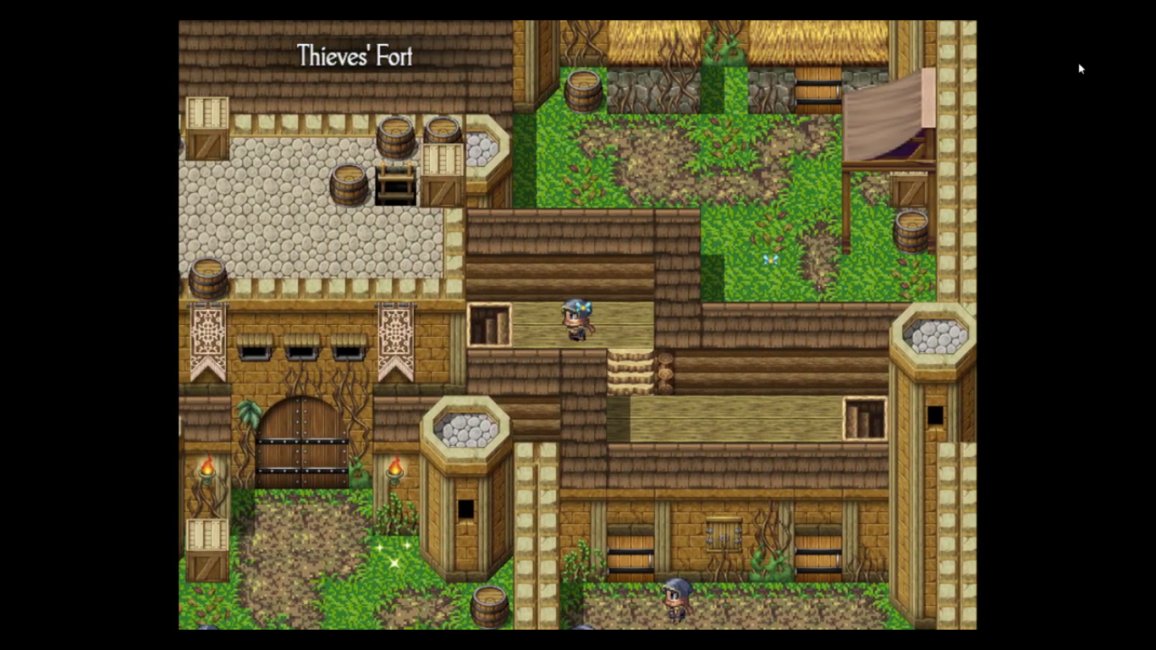 This game is an homage to the old SNES-era JRPGs. There are various easter eggs and throwbacks peppered throughout. There is still work to be done and I'm hoping to recieve some feedback to help direct further developement.

I put this game on here because I'm hoping to expose any flaws and weaknesses I may have overlooked as a solo developer.

The newest update, v1.2.0, brings a lot of changes. I got some feedback from here that was very insightful and this update is a reflection of that. There's still a lot of work to do, but I think this update begins to address some of the most relevant issues.

A dark new era has begun, the time of Neverspring. The sky is bruised, the seasons have stopped, and the lands grow weary beneath a perpetual autumn. Monsters roam the world, stepping over the borders of the Frontier and encroaching onto the war torn soil of civilization.

Marrick and Dunkargo are two young veterans of a failed rebellion, cast aside and sent home to a land left to the mercies of the Frontier. With their home found in ruins, the two ex-soldiers turn to the Mercenary Guild for survival. Admitted fast for their skills and experience, their position as swords-for-hire soon send them deep into the chaos of a forgotten legend. A prophecy of doom that will shake the very world as they know it.

Game Graphics Level Design
When I first booted up the game, I thought, "Wow it's quite polished!" so I went an optimistic route. And yes, I do like the cutscenes, but it takes a bit too long because, in a game, players want control as soon as the play it. As I played the game, I found that the story is a bit bland, and needs a hook, just to give players that this game's story is important for them to follow. In other words, you need to be personal with the player. Yes, I do think Marrick's past and loss is quite personal, but it doesn't quite connect with me. For me, its more or less the generic RPG that many devs fall into. The story needs more work, as the combat system. Nobody likes random encounters except you're playing a Pokemon game. The random encounters should be divided into different regions in the game, not 3 encounters at the starting area after the village. The character introductions, however, are quite neat, like the monster hunter elf girl. Besides, that, there are some misplaced character portraits in the dialogue box, and also please be consistent whether you want to utilize the name box or not. This COULD be a good game, but I can't help but put it down after just 10 minutes into the game. I also encountered that I cannot save the game as it always denies. However, besides the issues, the combat animations and graphics are impressive. So, I think, with a better fleshed out story, your game can be better!
Reply

Thanks for taking the time to write this. It's probably the most helpful feedback I've gotten so far.
Reply