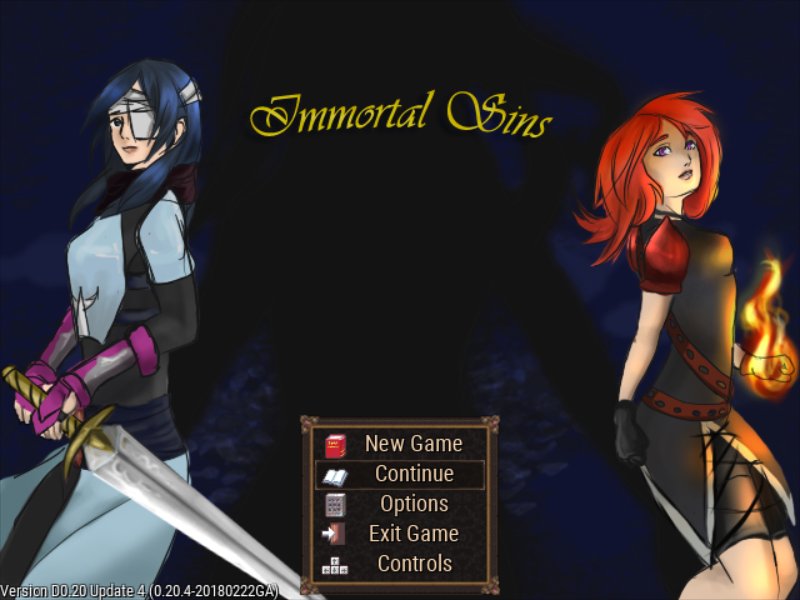 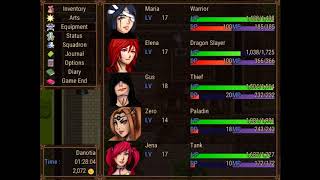 Step into the shoes of Maria, a noble girl on a distant island who was exiled for the murder of an important person, which she never committed. Now away from her mother and her little sister, she and Elena, a trainee Dragonslayer, will travel across cities and kingdoms to uncover the truth and seek redemption. However, what she finds may be the key to change the entire world…

Tutorial/Learning Curve Controls
I grabbed Build 20180415 from itch.io to try out with since the latest here was a bit older.

The tutorials were well placed into the game flow and never felt that I was confused when learning to play. There were a few times I found myself not remembering what the next task was. Perhaps consider a "what you should be doing next" display somewhere?

I like the defend action during battle to reduce damage. The campfires for resting/saves and how they light up is a great idea, although it is a personal design choice, I think letting players save at any point wanted is better because they may want/need to stop playing and waiting until they reach a static point can sometimes be inconvenient.

I like the monsters having their alerts and how standing still makes them not notice you. At times the monsters did seem to stick on top of me too often to bother avoiding, but I like the mechanic overall.

The spell/attack animations for battle look nice and the auto battle option made things run a lot smoother for the smaller random battles. You could consider a "always on" for auto attack option, but still letting the player take over using the keys you have assigned now to do it.

I did find the movement speed to be a bit too fast at times and found myself hitting walls too often when trying to navigate. Perhaps offer a slower speed, then another key to "run"? Or perhaps a key to "slow down".

I played for about an hour and got to the end of the first cave and back into town. I'm not sure how much content you have available, but so far it all looks great!
Reply
s