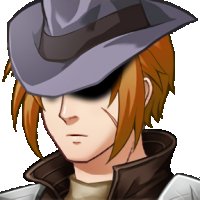 Step into the shoes of Maria, a noble girl on a distant island who was exiled for the murder of an important person, which she never committed. Now away from her mother and her little sister, she and Elena, a trainee Dragonslayer, will travel across cities and kingdoms to uncover the truth and seek redemption. However, what she finds may be the key to change the entire world…

I actually enjoyed this game. It's a nice arcade game when you want to kill some time. And I do like the gameplay mechanics as well. The biggest issue of the game is that it doesn't teach how to play the game properly. You'll need to read the game's description. It could be easily shown in the tutorial (or have the tutorial playable, which is preferable, in my opinion). There are some additional issues as well:
-The menu doesn't tell which buttons to press.
-The music wears the player down after a few minutes. It could have been a bit longer, with some variance.
-The game is a bit repetitive, even though it has some good mechanics. Some variation would be welcome.

It would be a good idea to include the controls in the tutorial. Giving the option to rebind the keys is also a good idea (the controls are fine for me, but some may prefer a different control scheme).

Hello. I can't find the game and the link returns 404 error. What happened to it?

This game really needs a lot of work. I haven't completed the game, but I dropped just a few minutes. The only positive that I can give is that the graphics are nice. The game goes downhill as soon as you start playing, however.

First, the controls are a bit uncomfortable. Shift to dash, Space to attack, Z to heal and E to use a magic spell. All of the controls (including movement) is crammed to the left side of the keyboard, making the controls feel cramped. It would help to spread the buttons out a bit (putting attack, heal and magic over to J, K and L keys for example) so it's more comfortable. The gameplay is... well... if you took Dark Souls' gameplay, remove the strategy and make it quite laggy. Not only the attacks lack a punch (as in it lacks the oomph to make it satisfying), the sword's a bit unresponsive to use. And since there aren't any sound effects to show that you did indeed dealt some damage, it can make it look like that you didn't hit the enemy. The enemies also lack variety (at least, from the small time I've played). All of them charge at the player. It would have helped if there was variety. Say... an enemy shoots at the player. The game also captured the annoying part of Dark Souls. That is that you are too weak, pretty much ready to die in a few hits. This is especially cheap since one enemy can rush attack you and deal a lot of damage (which also caused a bug when switching to a different map). The gameplay overall is a big letdown, lacking anything unique.
Lastly, the programming is shoddy. Saving doesn't work properly, there's no option to respawn to a safe area (a feature of Dark Souls as well) and graphical bugs on the pause menu.

All in all, the game, in its current state, is broken, boring and disappointing. It could have worked if the dev put more effort into it and polish the gameplay. You had the recipe, you could find the ingredients that would make it unique but the execution went to the gutter. I do hope that you get back to it and give it the tender loving care it needs. Good luck with your projects.

The story is pretty good (at least up until I played). The biggest issue I have with the game is the graphics. I can see that you wanted to make the game's visuals look like that it's hand-drawn and in some cases, it works. However, there are instances where the effect looks bad (faces look like they were plastered with acid, for example) and some of the images (battlers, some tiles and characters etc.) don't have it applied. Either use your own assets or stick with the RTP. The battles are... serviceable. But I really wish there was more variety. All in all, it's a fun game although flawed.

The game certainly has potential. But there are a few things that turned me off.

The things I think need polishing:
-The music tracks used in battles. Using RPG Maker VX Ace's RTP tracks don't fit with the game's theme. I also didn't like the random tracks used in each battle. Some consistency with the theme would be appreciated.
-The battle can get a bit slow when multi-target skills are used. There are times where multiple copies of the animations are shown and then the game prints how much damage was dealt on the targets one-by-one. A bit of tweaking would help to improve the flow.
-The quest system is unhelpful. First, the quest cards can get a bit confusing, since they have the same name and the description would only show when you hover the selection above them. It doesn't help that looking at the side-quests is quite cumbersome. And seeing the Story Quest that is active is also not helpful due to way too short text. (At least from the part that I've played).