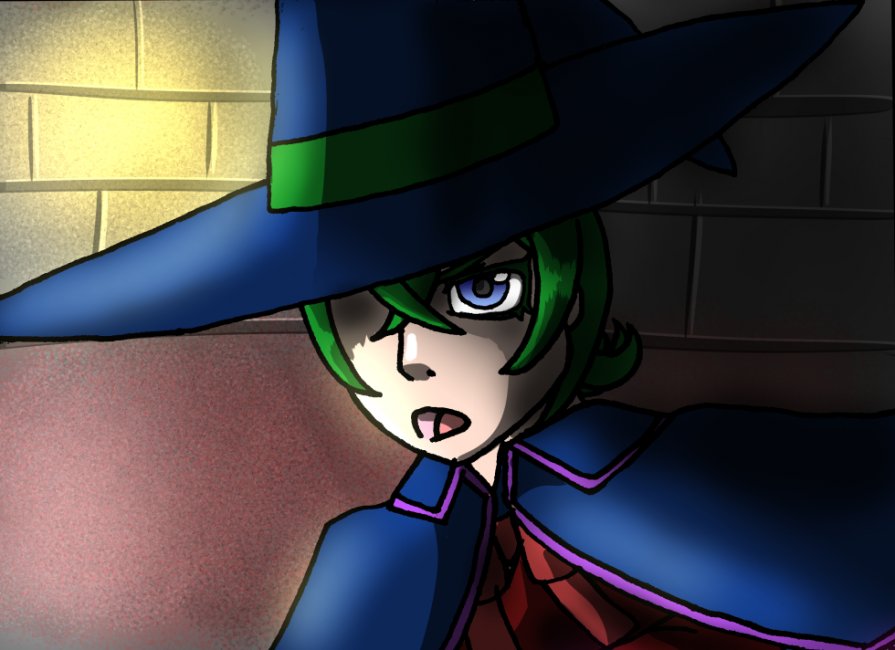 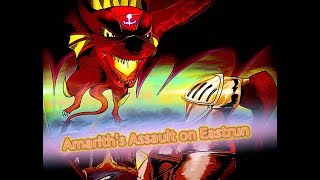 Shattered Realms: Mortal Tale is a rpg fantasy set in the world of Oxorin, in a time of great chaos and strife. Death himself has risen from the Far Realm and most of the world is being choked under his reign. During all of this, you are nothing more than a lost soul who has escaped Death, yet his curse remains. With a limited time to live, you must seek a way to defeat him while fighting endless numbers of enemies in an attempt to stave off your return to the Realm of the Dead.

Note: The Public Demo is underway. Various changes to the intro presented are planned.

Mechanics Story/Writing/Dialogue
You have a ton of fun and unique aspects going on in your game! I really like the tutorial, explaining saving, equipment, jumping/moving. I also love the ability to pick gender/class. Combat is solid so far, nice work!

The main aspects I would look at would be just grammatical and style in the writing/dialogue. Here are some specifics -

A few breaks in between during the intro would make it seem more linear and not have the player get lost, just simply by saying "Meanwhile..." or "Elsewhere, Death intervenes on the fate of another..." just to give the player a chance to shift/segway that something else is happening in another area.

Voicing - Try to put yourself into character as you write each part, especially when the voices from the lights are talking. It's cool, the one good one bad, but the one that is "bad" seems to step in and out of character. By that I mean, talks formally, then talks casually. The "good" talks formal the whole way. To ensure you differentiate, try to really nail down which style you want out of him, and make the dialogue keep that style.

A couple grammar issues/typos - "You've being watched..."
There is no voice/actor change from "Training, what for?" and "Why, your survival". A line break so they are on separate pages would clear it up.
Just in general, page breaks a little more frequently, use them like paragraphs or pauses. There are some good complete thoughts that would fit to have a break after, then continue a new thought after. It is very effective to create a conversation/thought flow in the storyline/dialogue.

I really liked the boulder chase and some of the physical mechanics/puzzle style you put into the game. Its not often you see those types of real time events happen in games like this, so it was refreshing. Way to go, cool stuff!

The last feedback I have right now is music. The ambient sounds give a definite feel for the game. Maybe adding just very quiet music to that would help "fill up" the feel a little bit. The main time that you really notice is when you go into the battle, there isn't much sound change, then when you hit the victory of battles, its a fanfare. It is a very abrupt change. Some background music, even if at a 20-30% level would help give some foundation, then battles can ramp up a little after that.

Overall, very cool project - lots of good things going on. You can tell that your mechanics and events are top notch and you spent some time getting them to execute right. A lot of cool features with picking gender/class/name, being able to jump and interact with the world to have some puzzles and real-time challenges. Nice start - looking forward to some updates!
Reply

Hmm, I usually try my best to catch that sorta thing. I'll look into it since I'm building my first tiny demo atm for a friend to check out. I'll definitely keep your feedback in regards to the dialogue in mind. And I can personally agree: I freaking hate the old fanfare song, I replaced it with something else, but it's currently not quite right either. Victory music is one of the worst ones to come up with, it's either too long or exceedingly grating (I really do hate the old track).

I'm really glad you liked the various mechanics, believe me, the Death Curse System, which has yet to rear its head quite yet, was a pain to set up. Bugs galore. It's working now, but most of my time with this game was previously spent trying whack that thing into submission. I definitely felt the thing with Death was rushed too much, I'm gonna add on to that cutscene a fair bit.
Reply

Also I assume when you're talking about the voices, you're referring in this case to the entity that talked about being greater than the gods? Or is there a different one you mean?
Reply

Game Graphics
I'd play the game if it was under the link, instead I'll rant about the art and visual design a little.

The use of gradients and pillow shading is abyssmal. The characters aren't even consistent in proportions between themselves. The portrait cut feels very wrong. UI elements fighting with each other for display priority is laughable, making things kinda transparent makes this even worse.
I smell that it's made with RPG Maker - an engine created deliberatly to enable newbies to create JRPGs without programming, letting them focus on story and art. Well, I don't know about the story, but the main characters and the overal visual design is so bad, that I suspect it also hurts the storytelling - especially the distracting, tiring to look at interface and text boxes.
Also the JRPG combat is boring in general, but that's not that much of your fault, so you get a pass about that.
Hope you update the download one day so I can rip the game apart properly one day.
Sending all the love,
DyingSilence

Game link fixed. Thanks for letting me know.

We're well aware of the graphics - it's on our 'to do list' which is quite extensive. We do have updated party character battlers and monster battlers planned, but as I am currently paying said artists to do so, that unfortunately will take time, and lots of it.

The UI and general mechanics are late term issues and while there's plans to fix them, it's not really something that needs fixing til late term. I'd rather have everything in place so that the game is polished and in a state where tweaking something like that won't set us back months first, hence late term issues.

A note about the RPG Maker commentary- -While criticism is well and good, the 'x engine is bad because people make bad games' argument is tiring and annoying at best. While it's true bad actors exist, you should not judge the whole for the warts. Plenty of good games exist on multiple engines, including the RPG Maker lineup. MV in particular is a great engine with incredible potential to renovate and make your own systems, if you learn coding, you essentially have a really competitive game engine, as the languages it supports makes it far more powerful than any single engine before it, combining a greater field of potential with an accessibility great for pro and new developers alike. It's a great place to learn, which is something that should be praised, not scorned.

Anyway, if you do decide to play the game, I hope you at least give the story an open mind in spite of the game's flaws (of which I am aware of, believe me), and I'd love to hear what you'd have to say regarding that.

First, I didn't make a 'x engine is bad because people make bad games' comment at all. I was just only saying that when the engine spares you going into programming unless you insist, bad aesthetics are harder to justify. Maybe your story makes up for ALL of this, but I was unable to experience it.

After some downloads on my sucky connection I've installed the RPG Maker's runtime and unRARed your game, and it only welcomed me with a blank window and an error stating that RGSS104E.dll couldn't be found. I tried to solve it, but there are only shady sites trying to shove suspicious launchers into me. I'm sorry I couldn't play the game, I wanted to give it a chance.
Reply

That error code is a very specific one, it means it can't access the run time package for various reasons.

This is generally really easy to fix: Did you download the rtp first or the game? If you downloaded the game first, it won't aknowledge the rtp, and the game needs to be reinstalled. If this is not the case, then if it's downloaded on Desktop, your personal file (say, the file named for example, 'John'), I've heard it doesn't like to run in those locations. It's best to have a dedicated folder for these kinda games to put the files in. Lastly, are all the files in one place or have you moved them around?
Reply

Also, this is more of the style we're going for the next version of the party battlers. https://img.itch.zone/aW1hZ2UvMjA5NTkzLzk4Mjg4OC5wbmc=/original/hxzF8L.png

The color is going to be updated as well probably, as the art style I use has been getting improved on a lot this year.
Reply

I don't like this piece at all, but maybe it's just my bias against this type of aesthetic. It's disproportionate and weird, especially the broken wrists and buff shoulders.
Reply