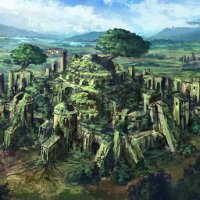 I like the simple idea with the arenas and waves. Not intuitive/common controls make it a little difficult to start. Once you get going, the leveling curve is tough. Slimes are a lot easier than bats! All in all, fun to play around with.

Thanks for checking it out! I'll be upgrading a Mac/iOS version in the next few days, so hopefully you get a chance to try it out. Happy Gaming!

Hey TMM, thanks for the feedback. If I may ask, how far did you get into the game? The theme isn't anything to do with the starting conflict, and the plot grows and twists quite a bit after the first hour or two (depending on your play speed). Regardless, I'm glad you like the engine and combat, and if the story turned you off this early, then perhaps it is for others as well. Maybe framing in a different light, or bringing in the plot twists sooner might help. Either way, I appreciate the time you took to play it and giving some feedback. Thanks!

Thanks for taking the time play and give me some feedback!

At the second town, you are definitely at the point where something big is going to happen. The ice cave is tough - be around level 10 to finish it - and after that, the story really opens up.

The no character bug is one that I hadn't heard yet. I have about 3 versions out that people are playing. The most updated version is the one linked here, so I must have gotten something mixed up for this version. I'll definitely get that adjusted for the next update. There were a few places where passibility needed adjusted as well from some others' feedback. Thanks for the heads up on the bug!

Also in the next update - I have 2 artists working on new characters (faces, sprites and battle sprites), and new creatures. They have been in the works for about a week now, so in the next week or so I'll get those added in, as well as the bugs fixed. Check out twitter for some of the preliminary drafts on some of the new models.

Some type of item/potion etc. to refill MP is noted. I know Valen's MP is kept low, so an MP recovery might help the pace of game a bit.

I love the idea of a courier for the king. There are a lot of small presentation details that have been suggested, and I am going to work on implementing - this being one of them. Adding text to some signs, being able to read open books, and little mini cut-scene events like the courier idea, really add to the overall immersion and fun of the game. These are all on my list of upgrades to add in as well.

Do you think a quest log is necessary or would be helpful? Or, if the transitions to where you need to go at the next area are more clear because of the eventing - like your courier idea - that would make it clear to where you were going? I got the feedback from someone else a quest log would help for when you come back from saves, you know what you were doing.

Alright, I'll work on editing some events that make where to go more clear, as well as start working on a quest log/journal. Thanks for the Feedback!

You have a ton of fun and unique aspects going on in your game! I really like the tutorial, explaining saving, equipment, jumping/moving. I also love the ability to pick gender/class. Combat is solid so far, nice work!

The main aspects I would look at would be just grammatical and style in the writing/dialogue. Here are some specifics -

A few breaks in between during the intro would make it seem more linear and not have the player get lost, just simply by saying "Meanwhile..." or "Elsewhere, Death intervenes on the fate of another..." just to give the player a chance to shift/segway that something else is happening in another area.

Voicing - Try to put yourself into character as you write each part, especially when the voices from the lights are talking. It's cool, the one good one bad, but the one that is "bad" seems to step in and out of character. By that I mean, talks formally, then talks casually. The "good" talks formal the whole way. To ensure you differentiate, try to really nail down which style you want out of him, and make the dialogue keep that style.

A couple grammar issues/typos - "You've being watched..."
There is no voice/actor change from "Training, what for?" and "Why, your survival". A line break so they are on separate pages would clear it up.
Just in general, page breaks a little more frequently, use them like paragraphs or pauses. There are some good complete thoughts that would fit to have a break after, then continue a new thought after. It is very effective to create a conversation/thought flow in the storyline/dialogue.

I really liked the boulder chase and some of the physical mechanics/puzzle style you put into the game. Its not often you see those types of real time events happen in games like this, so it was refreshing. Way to go, cool stuff!

The last feedback I have right now is music. The ambient sounds give a definite feel for the game. Maybe adding just very quiet music to that would help "fill up" the feel a little bit. The main time that you really notice is when you go into the battle, there isn't much sound change, then when you hit the victory of battles, its a fanfare. It is a very abrupt change. Some background music, even if at a 20-30% level would help give some foundation, then battles can ramp up a little after that.

Overall, very cool project - lots of good things going on. You can tell that your mechanics and events are top notch and you spent some time getting them to execute right. A lot of cool features with picking gender/class/name, being able to jump and interact with the world to have some puzzles and real-time challenges. Nice start - looking forward to some updates!