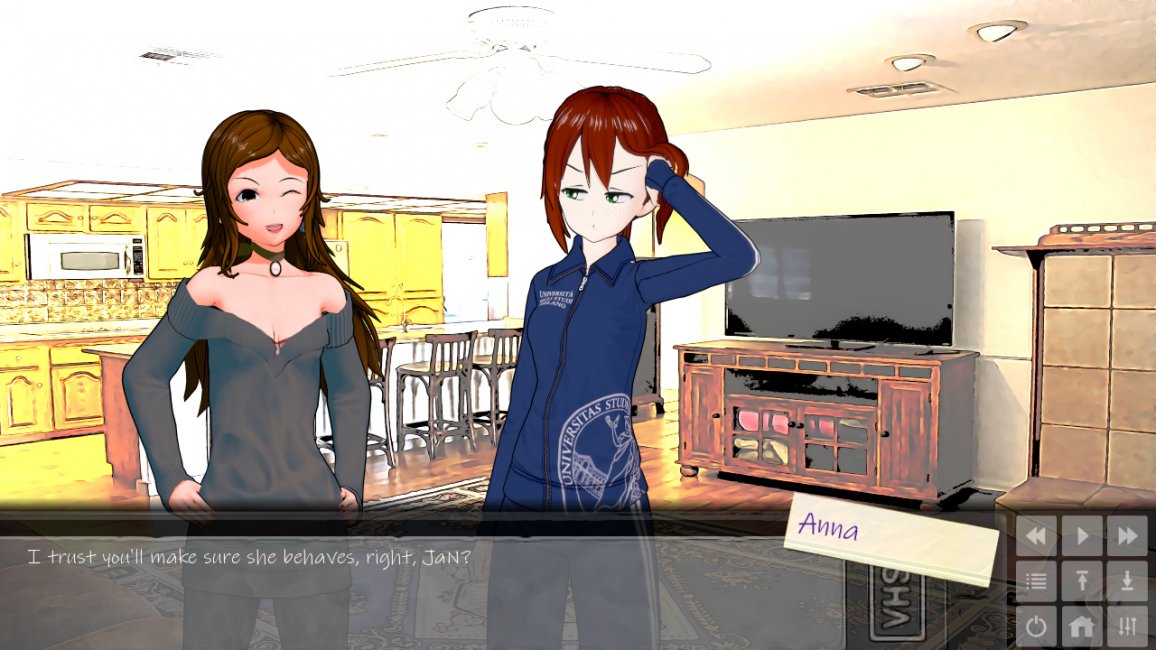 "Freedom is the right to choose what binds us."

REC/REW is an-going project for a Visual Novel about a young man moving his first steps life, splitting his time between college, friends and his fight to win the heart of his long time crush.
A sudden murder will trigger a chain of events ultimately leading him to question the very nature of the world he lives in.

Note: there is no section on RMG dedicated to Visual Novels. In my personal opinion RPG was the closest guess.

Update 05/12/22: added web-based version (can be accessed from my itch webpage)
Update 21/12/22: as mentioned in this (rather silly) video I've completed the first point of my to-do list. Oh, I've also added a (highly experimental!) Linux version. Can't play it (I'd need another PC running on a Linux distro, don't want my home PC have dual boot and that sort of stuff!)

I am playing your game it's very enjoying, please play my games and give me some valuable feedback
Reply
J

I'd love to! However I see you only have Android versions of your games.
Why not adding Windows and/or a web-based release(s) (the latter would be even better!)?

Story/Writing/Dialogue Game Graphics
I'm really not into visual novels, but I tried your game anyway.
I like this bg music, it's very "chill" as the kids say these days.
I think it would be more immediately engaging if there was an animated intro sequence and some subtle animation added to the stills (plus sfx and music), to "set the scene".
Naturally I ended up speed clicking until the game crashed my browser. Please take this with a pinch of salt, as I said, I'm not into these types of games, this is in-fact the first visual novel I've ever bothered to play. But maybe there are little things you can do to capture attention of a wider audience.
Reply
J

Thanks for playing & I'll treasure your suggestions. Both should be feasible (just a matter of learning how to do that, plus the usual 10% inspiration / 90% perspiration thing XD!)
Reply