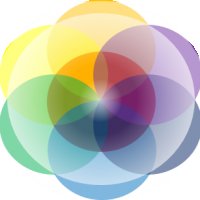 Obsess with brain teasers word puzzles? Need a helping hand from feeling cynical about life, such as uneasy, over-stressed, empty, lonely, losers, whimpers, quitters, and its mumbo-jumbo derivatives? Introducing 20Words, a word puzzles game infused with organic quotes. - It contains thoughts from various people, the philosophers, geniuses to artists. The blends dated back from BC to recent periods, spanning from East to West. (The way I put it, indeed it must contain some wicked flamboyant delicacy nutrition.) - Its genuinely 100% word puzzles. Mean, there are no things like grinding adventures, leveling up characters, upgrading items, or bitter online competitions. It's just you, a scratchy head, and the riddles.Well, does it do any good?At first, you might appear to be wandering around into a relaxing world of words & beauty, solving dozens of nonsense enigmas. However, As 20Words steadily buzzing about the eloquent from 'virtue of living,' you will begin to look beyond and start revealing its mystical energy. Chill out, solve the puzzles, 'like' some, and make them as your life-mantra. Perhaps, then your life will change. Not convinced? Well, I merely summing up why myself got hooked. But, who knows... only time can tell. The one thing I'm sure of, being a free goodie, it seems a bargain of the millennia.

yes. it's minimalist. I like it. however the mechanics need to be better a bit. too easy to crash the car.
Maybe make the road bigger, or the car can start slower, then getting faster and faster

Yes. Yes. Yes. this is minimalistic, the way I would develop my game. looks good! good job. Background can be more 'complex' a bit (e.g. color gradation).
Need a little animation on the planets to look more attractive. and, the rocket ship, surely can be a little bigger. so you can add more 'perks', upgrade item etc....

Thanks Luigi-nomore.
We will look into it to improve the overall game experience.

Glad you like the SFX, If time permit, we would like to add more 'sfx characters'...
Stay tuned!

Really hard to fault this game. Retro, fast paced game. Remind me of old NES era games. Well done!!
further improvement, think of ... maybe write an intriguing story line or funny one (if you prefer it that way)

if you don't want to make great effort, maybe something like - scrolling text like the star wars...
(yeah, I can hear you're start humming! that's the way...)

Hi,
You're not the first one to comment on the controls. Definitely need more thinking on it
Thanks for all the inputs & trying the game!

Hi Shlipy,
Thanks A HEAPS for you comments.
I do need someone who can give me this kind of inputs, and you're my hero of the day!

this is just an example, btw... hopefully, you got the hang of it now...

make them curious... make that feeling to 'play just one more time', and just 'one more..."
that will make your game stick in the head, and become the game that people talk about.

Thanks for the wonderful feedback. I'm really enjoy hearing what people tell.

Sorry for the late reply,
I'm busily making changes to make ability to personalize some aspect of the game,

Initially, I make 20Words as a light educational entertainment. Something that people play before going to bed or to kill idle time. But, maybe it's gone off track a bit, and becoming too 'monotonous' Hopefully, with the upcoming changes, it can help to revive some part of it.

Btw, your feedback give me lots of thoughts, for this game, and generally help me to grow. Again, thanks for trying & writing this great suggestions... Hopefully you also get something back while playing on it.

I quite agree with above comments.
- First of all, is to make the button and text bigger. But, you need to think on how to implements the 10x10.
- Color palette need to be more appealing, for example you can google 'summer color'. An try to put it on your game
- later down the track - Tutorial, I know, every dev hate it - but, it's important to guide your prospective user to make the learning curve easier. (e.g. you can start with 2x2 or 3x3 grid)

The essence game itself is quite good for those who interested with math problem solving, or sudoku. I'm sure there is going to be people who enjoy it. Plus it has 'something different' to offer as well.

So, keep going! and best of luck

well done! you made a lot of improvements.
the dark theme is look gorgeous, also I see your trying to make animations... nice job!

I tried the 9x9 however still rather small on my 5.5" phone.
Grid 7x7 is the maximum 'comfortable' size that my phone can handle.
probably, you can 'restrict' the 8x8 grid and plus to tablet only, if you want...

hey there,
for some reason, the notification didn't come to my email. Sorry for the late reply
Woww... you wrote lots of things... I really appreciate your effort & I love it. KUDOS!

Yeah, we have been bashing out the bugs... the latest one should be more stable than before.
If you have completed 10 levels or more, then you have the options to personalise some things.

Again, thanks for your feedback and looking a way to incorporate some of it into the future release.

hi there,
Thanks for your feedback, and you're not the first one to say that.
I'll contemplate how to refine it.

And, likewise, wish you success for your game, Puzzle Sage

The youtube video it's good to show the in game thing, however, if you plan to show it on google play, I suggest to cut it down at max to 30secs only. e.g. Show only the most interesting aspect of the game, or make 2x speed.

Another thing,
I think, it meant to be a clicker games right. One of the important aspect of the clickers is the "rush" or adrenaline pump which is still missing here. for example, instead of just adding +10 etc numbers, when doing the clicking, add bubble boiling, or noodle came off, meat being cooked animations, and if you're not fast enough something bad happen... think, that would make a clicker game more interesting to play.
(However require lotta efforts... :-) )

Well,
You're almost there... without any changes... I would think people still willingly to give it a go
Good Job & thanks for sharing!

forgot to mention that 20Words is probably best to play just before going to bed. You don't want 'adrenaline rush' games, rather than relaxing, nice ambient, or close to 'boring'... then, after 30mins or so... Zzzz... zzz...

And, interestingly, some said, during that state the brain can remember things better, as it closer to alpha & delta phase. That's why we put positive affirmation, like quotes in it. (don't trust 100%, you gotta to research it yourself)

Lastly,
Did you realise, if you leave the level idle, the background changes very subty. We love it so much...

Pro:
- This game is really fun to play
- doesn't take too long to master it
- retro feeling, good graphics & nice retro sfx too.