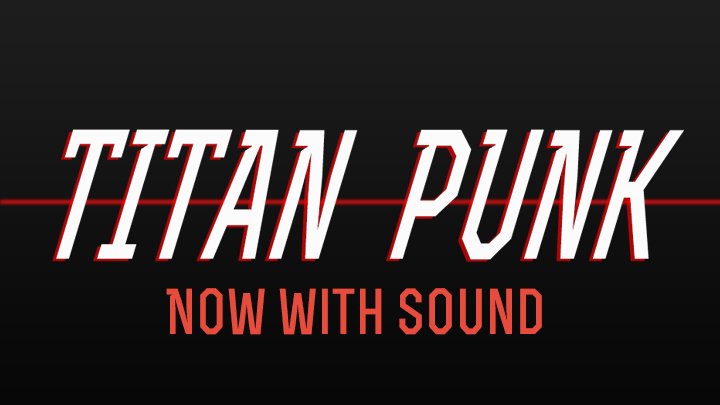 Titan Punk was made in Unity 2D and runs with UnityWebGL (in browsers).
Itch.io Page
Direct Link to game

The game still in a early prototypes  stage. Many of the art assets are place holders, and the game currently has no sound (just ominous menu music).

Level Design Mechanics
I played it all the way to the end and I was definitely coasting on my nostalgic feelings towards Rampage from RareWare. Sliding around and tossing civilians was pretty entertaining. Keep at it! Can't wait to see the final
Reply

When you right click, the titan's head disappears for a few frames. Also the frame rate on the titan seems kinda low.
Reply

Level Design Tutorial/Learning Curve
1. This guy jumps way too high, I cant see anything below him
2. Why isn't this full screen?
3. I love eating everything lol, I feel like a badass
4. I like punching while jumping
5. I feel like this framerate is terrible, anyway you can get me 60fps?
6. The UI is confusing at the bottom. I have m31, what does that mean?
7. Tutorial is not exciting.
8. SFX seem loud, maybe it's just me tho
9. I dig the in-game music
10. The real game is so much better than the tutorial man, you need to find a way to make that tutorial exciting because the main game is actually fun

Mind roasting me back? https://roastmygame.com/game/landslide-ninja-help-your-ninja
Reply

Thanks for roasting.
To answer and question some of your questions:

5. Are you sure it's the frame rate? Some of the animations on the Titan are really janky because they have only a few key frames. This is something I plan to fix further down the line by hiring an artist (most of the art are placeholders).

6. M = Merits (points you can use to buy upgrades). Though, I should probably do a better job of stating that in game.

7 & 10. Eh, I really don't know how to make the tutorial more exciting. I may add a button to skip the tutorial entirely.
Reply

Level Design Mechanics
Hey, I saw this on /r/gamedev! :P
It's a really neat idea, who doesn't love being a giant dude that tears shit up? The concept will always be fun, but I feel like things could use some tweaking. Things feel kind of clunky right now in my opinion. Jumping seems really high because I'm not really sure where I'm going while I'm in midair. I feel like you could get away with having the same jump height if you really wanted if you kept the camera on or near the ground when you jump.

Punching feels like it should be bound to a key rather than LMB. If your game doesn't utilize the more fine control that a mouse offers, personally I think it should stick with the keyboard. The punch hitbox feels too small as well. I found myself having to perfectly line myself up with the guard towers to actually hit them. I'm a huge-ass titan, I should be able to wreck stuff without thinking about it!

I think you're going for an empowering experience for the player, so make everything revolve around that feeling! Make him feel like a badass from the very start, and crank up the difficulty by introducing a ton of tanks and stuff. I'd love to see how this progresses!
Reply

Tutorial/Learning Curve Animation
This feels like a flash game.
You should add a camera restraint so you can't see that "not area 51" ends abruptly.
The punch animation has little punch to it and doesn't reach far enough for my taste.
The game was short but rather fun.
Reply
t

But you definitely can improve the mechanics.
Jumping costs too much energy.
Stamping on these little "ducks?" is hard.
Reply