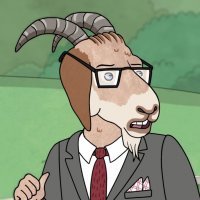 Giant monster smash'em up.  Wreck homes, eat puny humans and smash enemies.Titan Punk was made in Unity 2D and runs with UnityWebGL (in browsers).Itch.io PageDirect Link to gameThe game still in a early prototypes  stage. Many of the art assets are place holders, and the game currently has no sound (just ominous menu music).Apperciate any roasting!

The 8-bit graphics are decent (though parts of the player seem to blend with background). The music and sound matches the 8-bit style well.

As for gameplay, my only complaint:
- The controls weren't listed anywhere in game. It probably doesn't seem like much, but it would have made the game easier to get into just by having : "Controls: Arrow Keys, Space Bar" on the start game page.

The level design did a great job of introducing concepts like falling spikes and how far the player could reach and grab a wall.

Thanks for roasting.
To answer and question some of your questions:

5. Are you sure it's the frame rate? Some of the animations on the Titan are really janky because they have only a few key frames. This is something I plan to fix further down the line by hiring an artist (most of the art are placeholders).

6. M = Merits (points you can use to buy upgrades). Though, I should probably do a better job of stating that in game.

7 & 10. Eh, I really don't know how to make the tutorial more exciting. I may add a button to skip the tutorial entirely.

Device: Nexus 5 (Android)
Thoughts and Critiques:
1. The art looks really nice and professional. The ninjas are adorable.
2. The game sometimes doesn't register my taps. Though this may just be my old ass phone acting up (it's 4 years old).
3. Respect++ for asking the player for permission to collect analytic data. Most mobile game devs would have just collected data without the player's consent. I really respect that.
4. It is really annoying that I have start from 1st level after dying in later levels. I know you're trying to get dat in-App purchases money, but I felt really discourage about buying a "Retry" in a game where it is very easy to die and there's no "Lives" system.
5. I like the rope that marks highest progress/score.
6. Are you able to break the blocks? I noticed that some of the smaller blocks would crack when I jumped into them from below. Regardless if you can or not, that's a nice detail.

Thoughts and critiques:
+ The minimalist art style is really nice. The colors you choose for the assets really complement each other.
+ The music is great too. At times it felt like I was playing a music game.
+ I like the different abilities. Though the icons for the abilities are really hard to see (was playing 1920 x 1080 windowed)
- It might be because I'm bad at bullet hell shooters, but this game gets really hard quickly. I wasn't able to get pass the first stage. The invincible pink guys made the 1st stage harder than it should've been.
-Speaking of the pink guys (filthy frank?), they made reading the bottom tutorial message difficult. I was to busy trying to dodge their shots to read the text.

If you have free time, roast my game:
https://roastmygame.com/game/titan-punk-demo

I played up until after the gang leader (Murano) fight. I found the secret letter, but I didn't know what to do after that. I assume that was the end point of the demo. Anyways, my thoughts and critiques:

- There really needs to be an option to change the screen resolution and/or be able to play in window mode. Playing this game on my monitor native resolution (3440x1440) made it unwieldy to play. It also made the tutorial highlights appear in the wrong place and the 2nd paragraph of the Murano letter appear off the page. I got around this by changing my monitor resolution to 1920 x 1080.

- The learning curve is a bit steep. The first against the gang mansion guards was too difficult to be a first tutorial fight. Then again, I'm a noob to match 3 rpg combat; It probably took me a little longer to get the hang of the combat.

+ I really like the medieval watercolor art style. Some players may not like the characters walking animation, but I thought it really added to the ascetics.

- The only thing I didn't like about the art was that it was kind of hard to tell which objects and entry ways could be selected. There were times where I had to repeatedly scan my mouse over the screen to find searchable containers that I might have missed. Suggestion: make the containers that can be opened a bit more noticeable (eg: like the drawer in the Maruno's room: make it look like it has been left half open. This will give players a clue that the drawer can be selected).

- Dumb question: but is Ethan (the knight) a guy? He/She kind of looks like Brienne of Tarth, so I assumed Ethan was a she.

- Suggestion: the Rouge attacks should do extra damage to poisoned enemies. She sort become useless in combat (except for using her turn to match pieces) after all of the enemies have been poison.

+ I like that some of the pieces will wiggle to show the player that there is still a potential match on the board. There were a couple times were I got stuck and waited for the "wiggles" to show me a solution (i know, i'm bad at puzzles).

+ The rouge character looks like a goth version of Rosario Dawson.

BTW, I found this game via the Feedback Friday thread on reddit. If you have spare time, roast my game (see profile).