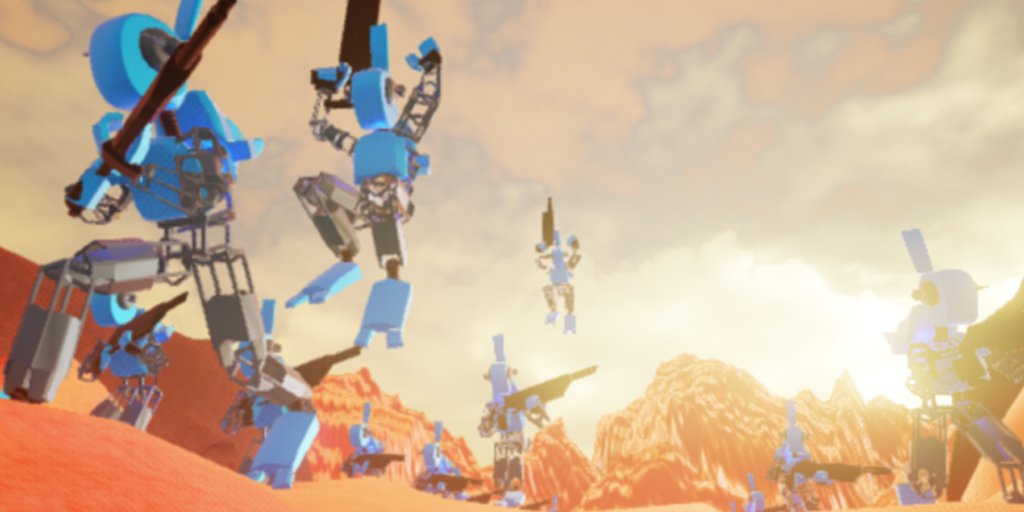 4 years ago by Yoshgunn

This game was submitted as part of the Unreal MegaJam Competition during October of 2015. The game jam lasted one week and the theme was "Standing On The Shoulders Of Giants." To be honest, I didn't really bother with the theme. Instead, I decided to create a prototype for a game that had been buzzing around my head for a while. Everyone loves a good tower defense game... but what does it feel like to be the tower? In this third-person-shooter, you fend off hordes of robot troopers using only your sniper rifle and a few explosive barrels at your disposal. Please download the game for free from the link below, and have fun!

This is the result of a game jam. I might turn it into a full game if people like the concept. I'm aware that there are a lot of things I can do. What I'm wondering is whether it's worth doing at all. Would you play an entire game where you're essentially a turret that shoots things?

Game Graphics Level Design
Nice idea!
It was impossible for me to finish the first level, a lot of enemies and too much cooldown between shoots!
You can add weapon upgrades (machine guns, explosive shoots, other "tower" autocontrolled...) or something to kill better the badboys.
Maybe you can add more barrels as you kill more enemies.

Thank you! There is actually only one level, so you didn't miss much.

I appreciate the feedback. The cooldown between shots is very long, even I find it frustrating. Maybe that should be the intentionally bad starter weapon, and you're supposed to upgrade away from it. I like the idea of upgrades too, that is a very "Tower Defense" thing.
Reply

Controls Mechanics
Hello,
I have played the game, and I think it's an enjoyable and fun game to play!
A little bug that sometimes the gunshot didn't connect with the target.

If you have some time, please roast my game:
https://roastmygame.com/game/draiganas-fire

That's it for now.
Thank you and good luck on the game development!