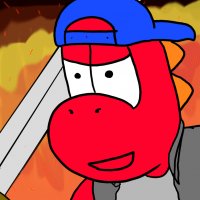 I.T.S. is an escape-the-room horror game for Windows PCs. The game begins as your character, a young boy, finds himself locked in his mother's office while she is out of the house. She told you never to go in there. As you attempt to escape, you realize why.

This game was submitted as part of the Unreal MegaJam Competition during October of 2015. The game jam lasted one week and the theme was "Standing On The Shoulders Of Giants." To be honest, I didn't really bother with the theme. Instead, I decided to create a prototype for a game that had been buzzing around my head for a while. Everyone loves a good tower defense game... but what does it feel like to be the tower? In this third-person-shooter, you fend off hordes of robot troopers using only your sniper rifle and a few explosive barrels at your disposal. Please download the game for free from the link below, and have fun!

Shoot through waves of bad guys in order to save the hostage at the end of the hall.   Disclaimer: All music borrowed from Deus Ex.

Where Shadows Slumber is a brooding puzzle game that takes place in a shadowy, abandoned world. You will aid the main character in his search for redemption - a search that spans numerous worlds and introduces you to a cast of mysterious figures. Who rules this forgotten land? And who will be left once the adventure draws to its inevitable conclusion? The only tool at your disposal - besides your intellect - is the chaotic nature of the universe. Anything that is not touched by light has the freedom to change. This governing principle will be your guide in the darkness, but also your undoing. After all, if you are not touched by the light, you have the freedom to change as well. What will you become? This app is a short demonstration of the full game's stunning worlds, mind-bending mechanics, and haunting story. The full game will be released at a later date, to be determined. ======== Where Shadows Slumber was designed for both phones and tablets.

I actually really like the classic GTA look here. Love the top down view.

I think it's great as a game jam game, so props to you! If you ever pick up the project again, consider some smaller tutorial levels and maybe a way to fight the police. There could be consequences like if you shoot a cop, the next night the street is flooded with police or something. And I'd love to see some variety in the level, although I love how the city looks.

I appreciate the feedback! An art update is coming soon.

I noticed you chose Mechanics as the dislike. I'm curious - were you able to complete the game? In testing I have noticed that the game seems way harder than I predicted. It's the classic game developer syndrome... you think something is manageable because you know how it works, but when players try it they get rekt.

Any suggestions for the puzzle mechanics / difficulty?

Thanks! I'll be adding more proper animations into the game in a future update, coming soon.

I'll check it out!

Hmm... I can see The Stanley Parable comparison, but Superhot? I'm flattered because I love that game, but I'm not sure I understand the connection XD

I like the music : D It wouldn't let me pick it so I put Game Graphics. But I like the music the most. The sound design is pretty on point. Like the bugs chirping in rhythm in the first level. That was cool. (I later realized that was actually the sound the snakes make when they hit a wall. I thought it was atmospheric bugs!)

The controls feel a bit slippery. Is that intentional? I think if you solve that it will vastly improve. The day/night cycle strikes me as unnecessary, even if it is cool. The rustling grass is a nice touch with the snakes. What's with the dead bodies? If I can't use the dead chicken bodies, do I need to see them?

BUGS:
- You can look left and right when you are dead.
- I picked up two crates at once and they morphed into a single crate!
- Can still see my mouse cursor even when focused on the game.
- The egg does not make a noise when it dies.
- Some puzzles are designed well, others are a bit trial-and-error.

Overall it's not bad, but the Kickstarter seems a bit soon. I don't have a compelling reason to back this unless I know you personally. Granted, $800 is not a large sum of money, but what exactly would it go toward & what is the benefit to the consumer?

I do not have an iOS device, but if you make an Android version I will play it & roast you : D!

Thank you! There is actually only one level, so you didn't miss much.

I appreciate the feedback. The cooldown between shots is very long, even I find it frustrating. Maybe that should be the intentionally bad starter weapon, and you're supposed to upgrade away from it. I like the idea of upgrades too, that is a very "Tower Defense" thing.

There aren't any animations in the game currently, unless you're referring to...

You gave Game Graphics a downvote - I will do a graphic update soon, maybe this week. Anything in particular you'd like to see?

O_o you're going to have to be more specific, m8!

Like a LOT more specific. Also how come you liked AND disliked Controls?

...Do you have any feedback for me?

Thanks for the feedback! Shadow blur has been added to our list of things to do. You're right about the intro at the beginning, too.

We'll try to make the levels feel more like you're in control and need to solve them. I agree that currently they can be solved too easily by just wandering around. We thought people would like that, but we've gotten mixed feedback.

I agree, a lot of the levels in the demo seem more like "progress bars" than puzzles. Lots of walking around but not a lot of thinking. We'll try to rectify this over the coming year. Thanks so much for your candid feedback :)

Thanks so much! We have heard this feedback often and I intend to make sure the puzzles feel just right. No more "push through the end" puzzles! I quite agree.

I appreciate that you are following the development of this game. Feel free to make use of RMG or social media if you ever have more feedback. The comparison to two great games is flattering, but tough feedback is even better so don't hold back! The earlier we hear constructive criticism, the more we can do about the game's flaws.

Also (OPEN OFFER TO ALL READING THIS) if you'd like to be a TestFlight volunteer tester for iOS, all you have to do is ask! There's not much in it for you, but you do get to see the game in its earliest, nakedest state if that's your thing.

I checked out the page earlier and I'm interested - let me get my full thoughts on there a bit later, after work today!

Sound: Good, minimalist, effective - but fix your loop because it is noticeable.

Gameplay: A bit strange. Feels more action than puzzle-y, I find myself mostly mashing (tapping) the screen. It has a Pikmin-like quality to it that I enjoy, but I can't tell if I'm getting lucky dodging bullets or if I'm solving the puzzle correctly. I liked it a lot more toward the end, but the puzzles became sort of predictable.

The Controls are irritating because the virus feels like he's sliding around all the time. Sometimes I can't double back around corners. There was one level where I think I slammed myself into a gun and then into an electric wall - that felt good! But your controls really don't allow for these "falling block" levels. It's too imprecise.

My advice would be to pick an artistic theme and commit. The virus aspect makes me think the game could take place inside a human body. But the machine guns make me think of zombies. Either theme would work well - even "aliens" would work well. But don't blend them. I think a game about a white blood cell gone rogue is super awesome and I've never seen that before. Consider reskinning your artwork to that because right now I don't really know what the "story" is by the setting. How does a virus infect automatic machine guns? Is it a computer virus? Consider also making it matter what you infect. I think infecting a rocket launcher dude should give you better minions than infecting a defenseless "basic" cell.

Graphics: It's hard to tell my character apart from the viruses I infect. Also I think your levels may be spaced too wide apart, try to make them tighter without breaking the game. Scrolling takes away from the fun.

Something that doesn't sit well is this idea that when you die you just take control of a different cell in the horde. It makes it so that if you have enough guys you win every fight. Consider making it important to keep YOUR guy alive while sending in your monsters. Maybe they follow you, but you can swipe / drag to send them to attack? So you can hang back while your viruses go in for the kill? It felt very zerg-like since my character didn't matter. (You can always prioritize AI to attack the minions before attacking you)

Overall it's unique, it just needs lots of control polish and an artistic theme that makes sense. What's your business plan / rollout plan / launch window for the game?

Thanks Khouske! I see you chose "Physics" as something you disliked. Since we don't have a Physics engine, can I assume you chose that as a "N / A" option?

I appreciate your kind remarks. If there is anything you think we should change though, be sure to let me know!

Sorry about that, it's PC only! I'll look into an HTML5 version, but there's no way it would run on a phone :(

Hmm, good point. Maybe I should invert those. Flashlight doesn't even really need to be toggled so it's less important. Items are more important. Noted!

Thanks for playing the game :D

Thanks BeNsAel, we hear that comparison a lot! It's very flattering ;D

Thanks! You reminded me that I should update my page - we actually released the game recently!