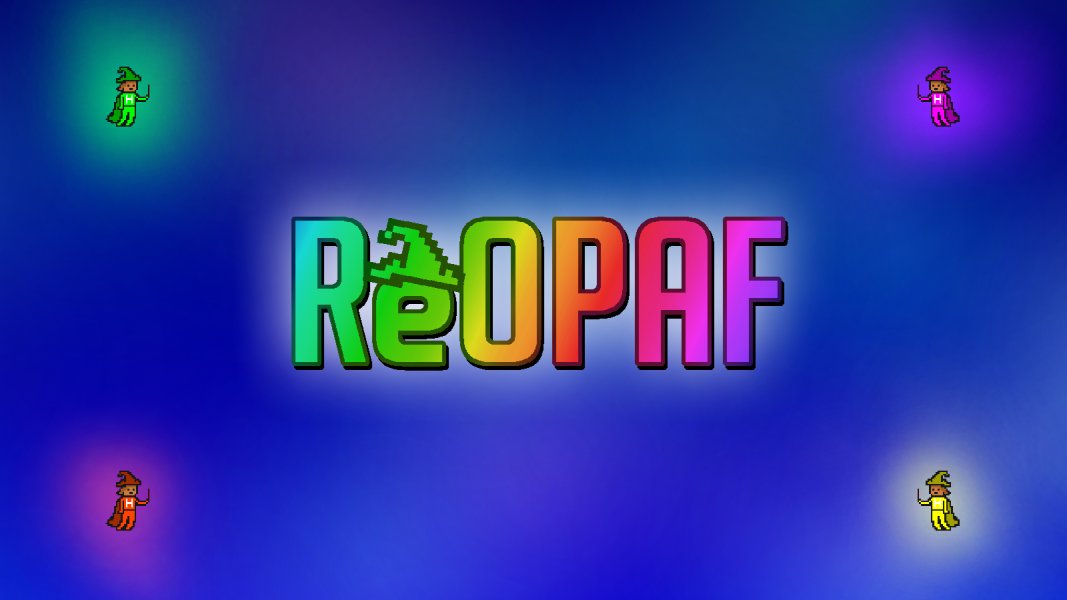 Fight your friends by creating bullet hell! This game is a local 2-4 player arena game currently in development. I'm making this game by myself with not a whole lot of people to play it with so any feedback would be super helpful!

I also update the game weekly and record changes in an active changelog.

Game Graphics
The game sprites look pretty poor. I can see an "H" on most of them, but the white on yellow makes it difficult to see.
Reply

The in-game sprites are actually slightly different now. The H's are darker instead of white. I should really change the screenshots to reflect that though. I would recommend firing it up and looking at it a bit before fully judging the graphics, but it's a fair assessment that my promotional art needs work. Art assets are really not my strong suit, and while I've been trying my hardest to make the game look good in its movements and spells, I still haven't figured out the wizards yet. Anyway thanks for the feedback!
Reply

Mechanics Game Graphics
Over The Top! Very simple game with in-dev graphics, I like the idea of a bullet-hell being created by the players, rather than the baddies you fight. You need to create an "arena" or setting, and work on those graphics.
Reply

Please get a link to the computer it looks super fun and I want to play it.
Reply
B

now, the game is very amazing in terms of gameplay, a multiplayer bullet hell. I like it. Might even steal it. But the graphics are very sub-par, it needs the most work. Changes to the background maybe?
Reply
B

Mechanics Game Graphics
This game is really fun! ugly but fun as fuck. you had a great idea in mind, but if you hire a level designer to make the level more interesting and also, hire a sprite designer. But good shit!
Reply

A cheezy simple game. Hopefully fun. What flappy bird / swing copters would be like if it went down instead of horizontal. Any suggestions are appreciated, I definitly hope to finish it and I know its not perfect yet. Requires Java to play, made in LibGDXIMPORTANT NOTE IF YOU WANT TO PLAY IT:START BUTTON DOES NOT WORK! PRESS ENTER TO PLAY AND TO RESTART!Controlls (this information is NOT included in the game yet)Space/Click - fall fasterEnter - RestartHope you enjoy it :)