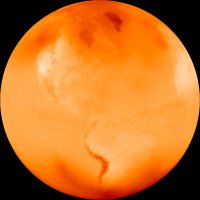 Over The Top! Very simple game with in-dev graphics, I like the idea of a bullet-hell being created by the players, rather than the baddies you fight. You need to create an "arena" or setting, and work on those graphics.

It's going to be hard to roast this game because it's so excellent and ready to go.
I'll start with the premise and feel. Bourguoisie space cats spouting double entendres while fighting facist space dogs, it's like Little Britain-meets-one of those Hollywood talking dog movies. Utterly unique and creative, I love the little WW1-style leather caps and goggles that they wear, and the voice acting is top-notch. They blow a lot of banter out in the demo, which makes me wonder how on earth they'll possible be able to keep up the pace throughout an entire game. It's more like a cartoon movie that you play, in that respect.

Next up, the controls and mechanics. I love that you jump straight into the action, but that there apears to be the possibility of upgrades and RPG elements so there's more to come. The controls take a couple of minutes of play to really "get", but I really prefer physics-based control and mechanics that are reflective of reality. The more "aim-and-thrust-with-momentum", the better and more believable it is. Nothing better than thrusting, aiming backwards and shooting as you drift on... twin-stick controls don't work all that well in this context, it cheapens the experience and makes it too easy.

The bombing mechanism is great, once you get it, you depend on it constantly, and when you wonder "oh crap, how will I get thru THIS" you suddenly remember the bomber.

Finally to the look and sound. You guys really separate yourselves from the pack with the character overlays, they are very clean and well-drawn. Space rocks, enemy ships, rockets, bosses are all intricate and like good Saturday morning cartoons. Hopefully, we'll see a lot of animated cut scenes and videos connecting the game itself with the story behind it all otherwise, it would all come across as very shallow. I already mentioned the excellent voice acting. The sound is similarly great.

Loved the boss fight at the end, right on the ragged edge of almost not making it, but feeling elated that I finally did.

I wouldn't change a thing, just keep adding levels! Oh, I would love to see some speed run levels and rogue-like challenges.

Same as the others, the UI needs some polish and a way of making it feel like it belongs with the rest of the game. The graphics are loveably oldschool.