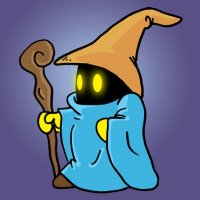 There's no offside here, no rucks, no nets… Just maces and broken bones, blades and rivers of blood, pointy spikes and fractured skulls. And tentacles. There's victory and there’s defeat. There's glory and there’s shame. There are squatters, and mines, and forges, and markets. There are Teams, and sedition, and Chiefs, and schemes, and Lords. There is YOU. This is a webgame, so you'll be able to play it from any browser (best on desktop or tablet, follow this link).This is a slow paced game, you'll have to login more or less once every 3.5 days. It's not something you can binge‑play, and it's definitely not something that requires you to setup alarm clocks or to react promptly to events.

Played the first level on Android, it was nice.

The music is quite annoying after a very little while, so I disabled it (I've selected "UI Graphics" on "Needs most work" because there was no "Music / SFX" option).

The virtual dpad works well, I wouldn't play a game such as this using swipe movements. Sure, I'm nowhere near as confident with that as I would be with a keyboard, but it worked, and I never botched.

It's nice that it works on portrait mode, so that I don't have to turn my phone.

The fact that the colour changes every time is a bit disorienting: it was white, I opened and closed the options, it became yellow: I thought it was a bug! Later I tried to open and close level a few times, and noticed that it changed every time.
Now, if there isn't a gameplay mechanic I've missed related to the colour of the level, I would definitely recommend to have any single level always have the same colour. That helps to identify a level, and to make it look more "real". Just look at some old arcades (Q*Bert, Crystal Castles, etc.): they all did that: colour‑code the levels.

Overall, the introduction of the mechanics I've found so far was quite smooth.
I found it odd you cannot dash back a bit through a conveyor belt, but I understand that being able to do this, even if it was just for a square or two, would complicate the level design.

The mechanic is nice: having to hurry due to the rising water is not something new, but absolutely not overused, so it's good to have it… the "just leave in a useful place the box, it will float up" mechanic is quite novel and very interesting. Nice idea, I'd like to explore it.

The jelly is cute.

The platforms are placeholders, ok, while the water is already nice.

The interface will need a complete revamp, but I guess you already know that.

The huge problem about this game in its current state are the controls. They are, well… bad. It's terribly difficult (and not in a good sense) to control the character, there is a strange friction, a strange inertia, it behaves in very very odd unexpected ways.

Sometimes I also suddenly slow down for no apparent reason, I don't know if a platform is made of a different material (despite it looks the same), or maybe there is some friction problem with a low ceiling…

So, nice mechanic, keep it, but UX and especially controls to be redone from scratch, IMHO. Hope this helps, because there's potential here!

Thank you for trying it!

Yeah, making the game simpler is one of our goals, we are aware that it seems too complicated at the beginning, and that's unfortunate since it's not really complicated, it just looks like it is (i.e. we should explain some things a little better, and we should automate more steps).

The screen asking you for money is there only if you try to sign in as Pro, but there also is a Free Trial, and I believe you eventually found it. I could make this a bit clearer, I didn't notice it was confusing, thank you!

The email is unfortunately necessary for now: it's a long‑turn game, so it needs to remind you when you are supposed to make your move. Obviously you can turn off those notifications, but most people prefer to receive them (otherwise they'll forget to set their tactics and lose the match). In future I've planned to introduce alternative ways to notify you, such as discord or telegram bots, or in‑browser notifications.

Thanks for the compliment!

And thank you very much for your suggestion: the second especially is excellent, and since we are working on a better layout, this will certainly help!

Hope you managed to have a good time anyway, and feel free to contact me if you need tips… or check back later for progress :D

Since I've read that OSX version is not signed, I tried the Android version.

I must say that the small screen really doesn't do justice to such a complex game. I did play the tutorial, but I had to give it up after that.
Maybe that's me, but I have the feeling that just removing the mobile version might actually be beneficial: you'd risk alienating users that tried to play on a suboptimal platform, and won't bother to try on a better one later. You'd have to check the stats: how many mobile users give up early compared to the desktop users? How many long running users are playing on mobile? Keep in mind that with mobile I mean smartphone, tablets are likely fine.
(I can totally understand how difficult is to fit a management game in a smartphone screen, I'm currently having that very problem myself, with the game I'm working on…)

I must say I'm not terribly convinced by the mechanics, but keep in mind I'm hugely biased towards that, so take it with several grains of salt (frankly I was unsure whether it was mentioning that at all, and I've decided to err on the side of giving more information, adding a disclaimer – I guess that's what this site is for).

It looks quite interesting, but from the screenshots I noticed a major flaw, which is the reason I didn't even try it (sorry): the character blends way too much with the backgrounds.

I believe that on platformers is absolutely vital to ensure that the backgrounds are as neutral as possible, with a dimmer colour palette, different from that of the characters and platforms.

I'll gladly try it if that problem is solved :P

(sorry if I couldn't be more helpful than that)

(I'll just repost this as a proper roast, as it should be)

It looks quite interesting, but from the screenshots and video I noticed a major flaw, which is the reason I didn't even try it (sorry): the character blends way too much with the backgrounds.

I believe that on platformers is absolutely vital to ensure that the backgrounds are as neutral as possible, with a dimmer colour palette, different from that of the characters and platforms.

I'll gladly try it if that problem is solved :P

(sorry if I couldn't be more helpful than that)

Is it intentional that normal users can post announcements?