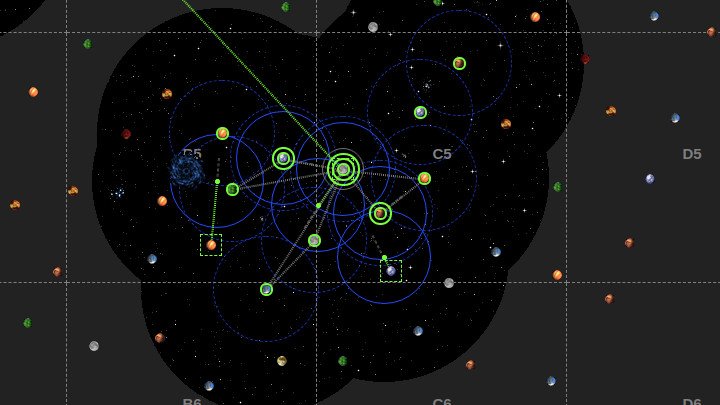 Skrupel TNG is a 4X style turn based strategy game. You control a civilization that can build space ships and colonize other planets!

This is a pure browser game, no downloads or plugins required. There is a comprehensive tutorial as well as 3 scenarios to get new players up to speed. It has multiple factions with different ship types that can have special abilities like cloaking or jump engines.

While the focus is on multiplayer you can also add AI opponents to your games. There are multiple game modes that alter the win conditions drastically.

Looking forward to any feedback!

In 7.0 a new game mode called Invasion was added. This is a wave defense mode where players have to defend themselves against enemy ships that spawn at the edges of the galaxy.

- A new game mode called Conquest is planned, where players have to take control over a specific planet for a certain period of time.
- A statistics view is planned that shows players accululated data of their empire.