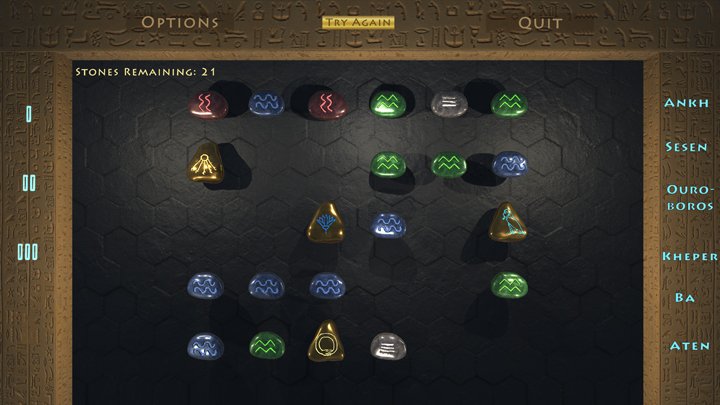 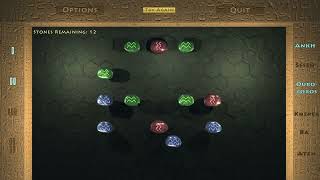 GlyphStone: The Trial of the Four Elements (Demo)

4 weeks ago by Opticon

In this 3D puzzle game with fixed perspective, you’ll manipulate magical stones and pursue quests in the distant past. Your journey begins after you're snatched away from death and transported through time to Ancient Egypt. Before you can return home, you’ll need to overcome a series of challenges, the first of which is to prove your worth in the Trial of the Four Elements.

This demo has photorealistic textures and detailed models. Most Windows 10 or later computers should be able to run it without problems.

GlyphStone is the first commercial game being made by Opticon (Twitch handle: HPloveCraftMacNCheese), a solo-developer studio.

This game demo was created with Unity. 3D models were created in Blender. Music by Tyler Cunningham enhances the mystical atmosphere of Ancient Egypt.

Mechanics
This is a kind of brilliant game system. At least I've never seen one quite like it.

It's challenging. Took me many tries to clear the 3rd board. But when I finally did, there were no stones remaining at all and nothing happened. Is that a bug? On another occasion, it was letting one of my stones jump over an empty slot. Just when I thought I was starting to get the hang of it, heh. I can see that you have to think ahead and not just skip stones haphazardly. It ain't Candy Crush (and that's a good thing).
Reply
O

Yes, that was a bug that you experienced. What did the stone counter say when there were 0 stones remaining? There should be a 4th and final level after that to complete the trial of the four elements.
Reply