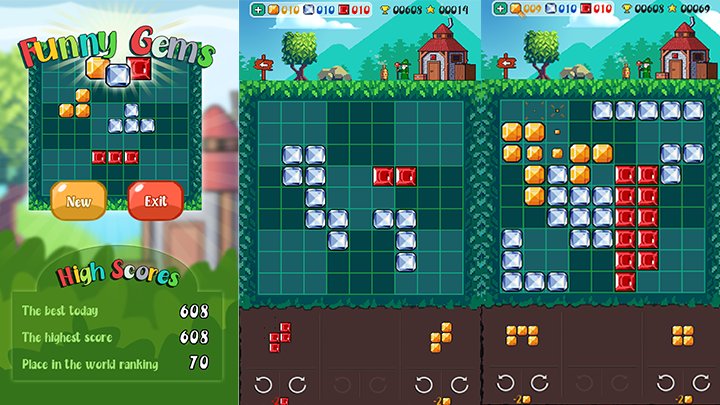 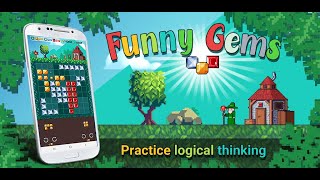 A puzzle game based on filling the playing field with blocks of three colors.
After filling in the vertical and horizontal lines or filling the squares marked on the board, the blocks are broken and points are scored.

An additional function is collecting colored gems that allow you to rotate the blocks before placing them. The turnover cost is 2 games. After capturing bricks of the same color, adding as many gems as were captured. The game saves the highest scores and sends the result to the database from which we learn about our position in the world ranking.

Game Graphics Mechanics
The game's graphics look good the issue is its not really original there isn't anything new to the table. (Yes I am being a hypocrite) if you tweak and come up with a great new idea I have a feeling it could be the next Woodoku. But keep trying it looks pretty good.
Reply
l

Thanks for the feedback, I am well aware that my game is not a fresh idea that will delight millions ;))))
Reply
L

Thanks for the feedback. Certainly, adding a storyline would make the player's attachment better
Reply
c

Hello
Yes, you are right game is design for 800x450 and rescaled
Reply
T

u actually suck, u need the pixels to be 1x1 more