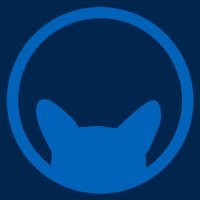 Prose & Codes invites you to explore the wonderful world of books through deceptively simple substitution ciphers.Demo includes 49 encoded excerpts from literary classics--both well known and obscure--across 7 unique genres. Easily save your favorites, find spoiler-free synopses, and read every single book featured completely free--direct links included Once released, a portion of all proceeds from Prose & Codes will go to Project Gutenberg, an online library of over 60,000 free ebooks.Thank you for playing and I appreciate any feedback!

* The story was very intriguing and had great pacing. Just enough set up to get you acquainted with the setting and then jumps right into the juicy stuff. The setting was also familiar enough to feel plausible, while also being very creative. You did a great job of explaining new things--like epochs and floating buildings--but I felt confused at times about certain Epoch dialogue options. They were distressed/grayed out and couldn't be clicked on (which I'm sure is intentional), but I didn't understand why.

* The use of music to set different moods was excellent. Especially the heart-pumping music in the exciting/scary parts. To improve this part, I would make the transitions between tracks not so abrupt. Maybe a second of fade in/fade out.

* The use of black and white to differentiate between the current world and the Epoch world was simple yet effective. You might consider changing fonts as well.

* You might want to let people know up front that this game is designed to be played in one sitting, as I couldn't find anywhere to save the game.

* Aesthetically, I think the game could benefit from some cohesion. For example, your logo is really cool, but I'm not sure it fits with the actual story. It looks antique or even ancient, while the story is highly modern. If you want the game to match the logo, however, I would recommend changing the gameplay text to a serif font. Ultimately, I would change the logo to something more modern and create (or hire an artist to create) a really evocative image of Tierham or perhaps the sickly tree. You could go ultra modern with just a sleek image of an Epoch pill. I would then use that image as the background of your title screen to immediately set the mood.

* For UI, I would add some visual feedback when buttons are clicked plus a subtle click sound.

Thank you so much for giving it a try and leaving feedback! I totally see your point about it lacking a certain "gamey" quality. Progressive puzzle difficulty is something I've gone back and forth on and will definitely consider further. Thanks again!

Pros:
-very easy to learn how to play, yet challenging to master
-showing the dev high score gives the player something to try to beat
-getting to change your outfit color is a nice touch
-lovely stylized art
-music has just the right amount of tempo to be exciting but not stressful

Cons:
-the reset & quit buttons are sort of unattractive; I would have liked to see UI that fit with the Western feel of the background art
-let the player know via a tooltip or pop up that they can change the color of their outfit; I totally missed that part of the UI when I first played

Wishlist:
-a few more music tracks to cycle through
-an evolving background depending on how long you play (for example, since the sun is setting in the background, it would be really cool if the sun eventually set & the background turned dark blue or purple like nighttime)