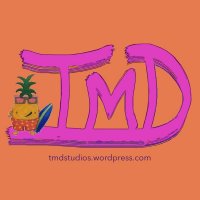 Buddy Breakout is an original take on the breakout genre.  You control four paddles simultaneously to keep the ball from going out of bounds.  The game features three game modes; Arcade Mode, Survival Mode, and Hardcore Mode.   Arcade Mode is the main part of the game.  You break blocks to free buddies or use the ball to hit monsters.  The mode consists of 20 levels. Survival Mode is a score chasing mode, in which you break as many blocks as possible before the ball count reaches 0. Hardcore Mode looks deceptively simple.  Your task is to only break one regenerating block.  However, the obstacles make this task very difficult. Buddy Breakout features a card system that is used to give players a helping hand.  Cards can be earned or purchased.

I have the same issue

I like the simplicity.
I would suggest adding some effects and definitely adding a 3 count before starting a new game. I died several times before I could actually do something. Also, you could try starting with a blank screen and then add asteroids after a second or two... This would ease players into the game instead of just throwing them right in.

Haha, love the idea! Will you be publishing it on android?

Your HTML5 link is broken...

You don't have any download links and the itch.io version is not free...

Thanks, I'm still trying to get the hang of things.

Tommy the Toe and the Chamber of Hostile Carpentry