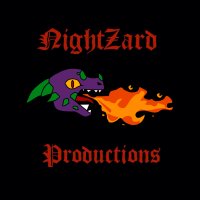 This game looks amazing.Although saying that, the main character doesn't look good. But everything else looks pretty sweet. I think that you should change the controls. Instead of click to move maybe, you should change it so the player uses the 'W A S D' keys or the arrow keys to move. The music was also good. Keep working on this game and it could be something amazing! :D

This game plays great and was a lot of fun. But the wall jump mechanic needs some improvements. The shooting worked great. It would be nice to know how much health you currently have as well. The graphics were fairly basic and the background was just a plain color. But aside from that, it was a good game. Well done! :D

It was probably just me, but I found this game to be extremely hard. And it was made harder by the fact that there is a timer right up your ass. I only got up to the 2nd level, but then I just gave up and got too frustrated. The level design wasn't that good and the controls felt slippery. But apart from that, this game is pretty solid. The graphics were fine, not amazing, but just fine. I think that this game would be better if you could do more apart from just jumping and moving.

Yeah no problem dude! Just keep working on this game and I think it will turn out to be an awesome game. Well done!

This game is complete and utter shit. All you do is move left and right, and you can't even collect the coins! And the graphics are horrible to look at, blue text and a red background.. And what is the story for this game? This game needs a lot of work, but if you kept working on it, it MIGHT turn out to be an alright game. There was nothing I liked about this game. :/

I played this game and had a lot of fun. I thought it was really funny having cats smacking at the computer to get more fps. But it got boring really quickly since there weren't many cats to adopt. You should add more cats to adopt and add some more stuff to the game. Maybe have new kinds of games on the computer. There is so much more that you could do with this game. But overall a fun game. Good job!

This game is bad. I played a little bit of it but found it really boring. I do like the game's graphics. The fighting in this game is really bad, especially when I'm using the sword. I see potential in this game, but it needs alot more work done to it.

This game was quite boring and needs a ton of work doing to it, but that's not to say that there is much potential here! I think the controls need a lot of work done to them, controlling the unicorn with the joystick on-screen feels really weird, this game really isn't designed for being played on a phone. I think I would have enjoyed the experience more if I could have downloaded and played the game on my computer. The graphics are horrendous, not the Unicorn (they look great!), I mean the world, the environment, it's so bland and uninteresting to look at, I think you need to spend more time on this. Also, the art style inconsistent, why are the unicorns low poly and some of the enemies use voxel art? I was looking forward to playing this game but was a bit let down. But don't take this the wrong way! I'm not trying to just shit all over your game and be a dick, I'm just telling you the issues so that you can make this a better game , and that's what this site is all about, giving helpful feedback :D.