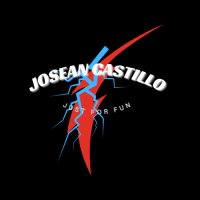 You are a mercenary hired by a megacorporation to get confidential data from a rival megacorporation. Will you achieve your goal?   Based on a 1987 conversational game, with an updated interface with AGS.

You are trapped in a warehouse. Outside, a horde of zombies is waiting for you. Will you escape from the place?Mini scape room game based in a "Resident Evil 3: Nemesis" stage.

Guide Jennifer through this Endless Run. Prove your skill and beat your own record. Collect golden orbs while avoiding black holes, which will steal orbs from you, and obstacles. Run out of orbs, and you perish. Collide with obstacles, and you will die. Controls: Cursor Up: Jump Cursor Left / Right: Left / Right Cursor Down (While jumping): Force Jennifer down.More Games in JoseanCastillo Games

Though graphics are quite simple, they do their job, although some of the icons (palette resizing, for example) could be improved.

Movement is quite smooth (sometimes, too smooth), but works perfectly.

I think the main problem with the game is the lack of music on the Main Menu and during the game, apart from the background sounds. You can find free music and Fx sounds for free on many sites.

Reasonable control and animations, but just a pair of tiny, tiny levels without enemies or fx or sound. A good game test that must be improved a lot to transform it into a real game

As the main goal before adding more levels, I think you should add animations (tree or four frames, just all) to the main character and enemies. Besides, music, fx sound when you get an item, and a grass background could also be good.

You forgot to put the link. Looking forward for playing it.

Lack of sound. You should add, at least fx sounds, though music would be also good.
Besides, the pictures on the cards can't be seen well. You could improve that, adding color to them, at least.

Thank. Hope the story likes it too.

Nothing to test, nothing to say...

The game cannot even be considered a pre-alpha, let alone a demo. No sound, inadequate placeholders, "Info" and "Seetings" (Not Settings) options on the menu don't work, wrong instructions on the screen (Indicates "cursors", but it is played with AWSD and spacebar.

This development of yours needs a lot of work to be considered as a demo of something. Sorry.

A Trello link? Really? I think people around here expect something more than a few tags on Trello. Sorry.

Well. It is a clicker game. Perhaps you could add more quests or something. Besides, sure it could be really easy to make it with HD graphics.

Well. It is a clicker game. Perhaps you could add more quests or something. Besides, sure it could be really easy to make it with HD graphics.

No sound, no graphics, no restart or exit button....This development needs much more than 30 minutes.

It needs SFX sounds and or music. But it seems it can be an addictive game.

Graphics could be cool, but I will wait till I try a complete level on my own.

Looks like more of a Clicker-Type game. The screen is too small and has too sluggish controls. No points. Somehow, it is a good pre alpha for a game.

Frame rate goes to hell as soon as other vehicles appear on the screen, making uncontrollable your own vehicle. Besides, it lacks sound or music of any kind.

Incredibly funny and addictive game, even for non-english speakers.Highly recommended!!

Put the link to your game if you want it to be roasted!

Great game. Well executed and addictive. Perhaps you could also add SFX sound when you click the elements on the screen.

Thanks for your roast. I appreciate that.
About the engine I used, it's "Adventure Game Studio" (A.G.S.) (Link https://www.adventuregamestudio.co.uk/ ).

In fact, other people have commented me the same, especially people who it is not accustomed to the AGS interfaces (Close to interfaces used by Sierra On-Line and Lucasfilm Games on their graphic adventures). But I admit I simplified it too much the interface, considering that the background objects have no visual clue that the player can interact with them, and I didn't notice to the player that he/she could interact with other elements of the screen, apart from the marked points. My mistake.

That is a lesson learned to apply on my next game, a tutorial, or notice to the players they can do such things.

Thanks again for your roast.

Thanks for your comment!!! I appreciate it!!!
About the game, it is mainly based on a conversational game (you had to write the commands, instead of the current click-and-play system) but using the A.G.S. graphic adventure system. In fact, it is a kind of remake, keeping the graphics (from an Amstrad CPC 464 (64k), in which, the game was loaded from a cassette!), keeping mainly the original story but adding some details, as far as the original game could be too short with the AGS interface.

I agree about the needing for a tutorial section. Though the AGS interface is quite intuitive, It is necessary. People commented the same about my other click-and-play game, "Outbreak: The warehouse". In my new click-and-play project, I have already in mind adding a small tutorial about the interface and game mechanics.