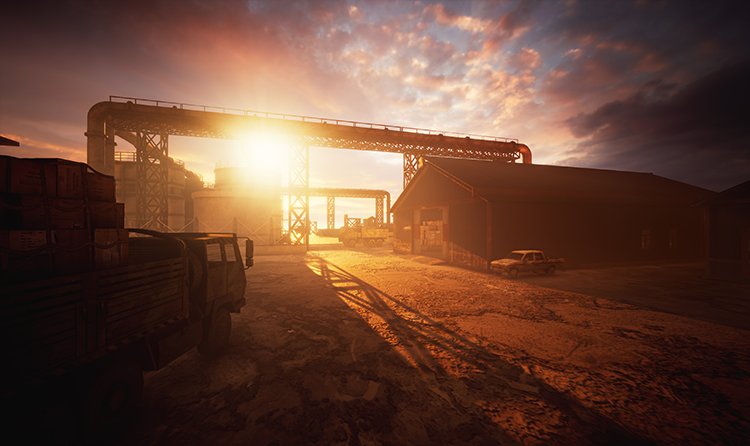 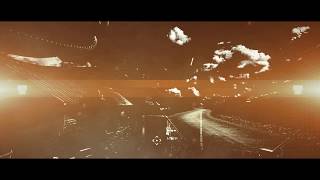 V of War, is a Massively multiplayer online shooter game which supports VR and PC players gaming together. Players were put in a sandbox world where the technology is highly developed, especially the communication technology, which enables the human's mind to get into other objects. And scientist utilizes this technology to get into the deep space.

This group of people abandoned their physical body and upload their mind onto a machine like a powerful mecha so that they are able to invade the deep space. The rise of the mecha triggers the conflict with the human being. The war began from then on. Generally, this is a story about combat between mecha and human.

This is a cooperative mode, a squad of VR(mech) and other PC players(human) team up and becomes a "Leviathan". This team unit must cooperate to win. Under this mode, mecha and human support each other by adding more assistant functions to the Leviathan. E.g. mecha becomes the fort battery of human and provides the medical assistant. While human loots material for mech teammates to transform and upgrade. Here need more strategy in a team.

Individual power is the key to win. VR(mecha) and other PC players(human) fight for their own. There will be friends and enemies, but all players shall fight individually. No matter mecha or human they all need to search for resources in game to arm themselves.

Cross-platform Mechanism：Endow PC/VR players with different game roles based on the difference of PC/VR interaction model.

5. More loadout has been added in-game;

A squad up mode-Levithan Mode is in developing now.

Glad to hear that! Yeah, it is pretty fun if you play with your friends in Multiplayer mode!
Reply

HOW DO I PLAY GRRRRRRRRRR
Reply
t

Not released yet. But soon come to the test phase. Pay attention to our FB page where we will updates all the information there! :D
Facebook:https://www.facebook.com/VofWar/
Reply
I

UI Graphics Story/Writing/Dialogue
The updates seems better. So mecha can fly in the sky? That is amazing!
Reply
t

Glad to hear that! Yes, Mecha can fly in the sky 2 situations: 1. in Battle Royale mode, there is airdrop setting for mecha, so mecha can fly as human when they jump from the helicopter; 2. while you play mecha role, you also can flip over the controller to lift up in the sky.
You can check this tutotial to learn the basic operation of the mecha in game. https://www.youtube.com/watch?v=9ltrOIZN1UY
Keep eyes on our game! More updates will come!
Reply

Game Graphics Controls
There's no way to play this yet, but congratulations on passing the Green Light! I'll base my opinion on the trailer then.

The game has potential, and I think people will enjoy it. I see a bit of Counter Strike meets Titanfall gameplay wise, and asthetically, that may be the case. The graphics look nice, although everything could be worked on in more details. The mecha animations do feel a bit sturdy, and the players may be lacking personality (I really can't say anything else based on a trailer sorry).

Good luck and I look forward to the release!
Reply
t

Hi, Sorry for the late reply. And thank you so much for giving us advice.

We've updated the game to the latest version and we can say soon it will get ready to be launched. We enlarged the map where allows 50 players, including 10 VR and 40 PC to play in a game round, renew the game graphics, added new functions of mecha, like disassemble and self-repair...We believe the game is getting better and better now, really hope you guys will like it once it releases.
Hope you have a great day!
Reply