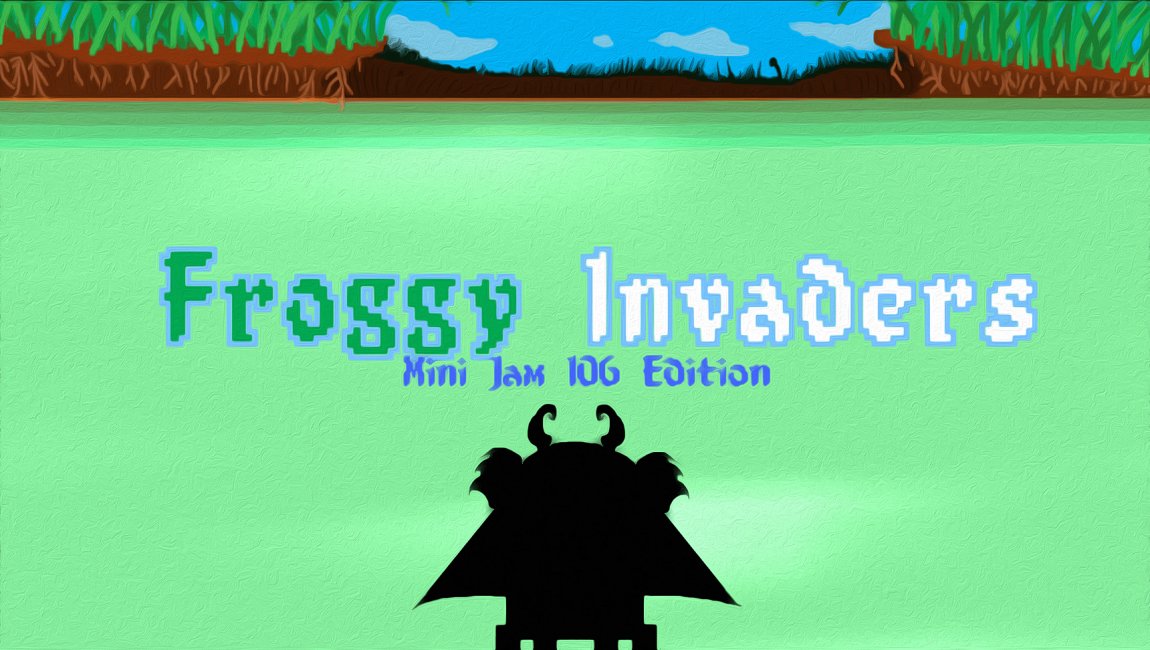 FROGGY INVADERS is an Arcade Game, developed in 72 hours, for Itch.io's Mini Jam 106, originally made in June 2022. The game's original version was praised for bringing back the nostalgia of old Retro Games like Duck Hunt and Chicken Invaders. However, it got mediocre critics for not using properly the timer, making this mechanic totally pointless in the gameplay. The Frogs and their wacky technology are attacking an Ant Hole and your goal is to defend your fellow ants, using the powerful (and muddy?) AntZooka against them and their bosses.

Now- featuring stylized Hand-Drawn graphics and an improved CHALLENGING gameplay, it is back for Opera GX and Windows, remastered to give the players a funny and thrilling Retro-Shooter experience!

There are plans for improving this game even more and not just let it down, but the main goal now, is the completion and the release of the final Demo of Kolor-Blockz!.

Mechanics
This was fun. It definitely felt like an old style arcade game, and was pretty straightforward in play-ability - point and shoot ;).

The only issues I had with the game were the initial wave was a good warm-up, but the next wave seemed like everything was coming all at once, so it was a pretty big jump in game play.

The only other thing is that of the 8 or so sessions I played, 2 or 3 of them actually went to a white screen while the action was happening behind this white screen (i.e. I couldn't see anything, but I could here the scene) and soon enough I would die. I happened right as the boss was coming on the screen. I was playing the OpenGX version (just downloaded it, so fresh install); it may not happen in the full version, but it may be good to know that it happens in the new OpenGX version sometimes. Happy coding!
Reply

The White Screen Issue you referred to, possibly happened because you were holding the Shooting Button (Left Click) down.
However, as announced, there are plans of making this game reach its full potential with additional levels, enemies, bosses and weapons. Those plans, though, are currently just a draft due to "Kolor-Blockz!" being my No.1 priority, but be sure to stay tuned for more.^^
Reply