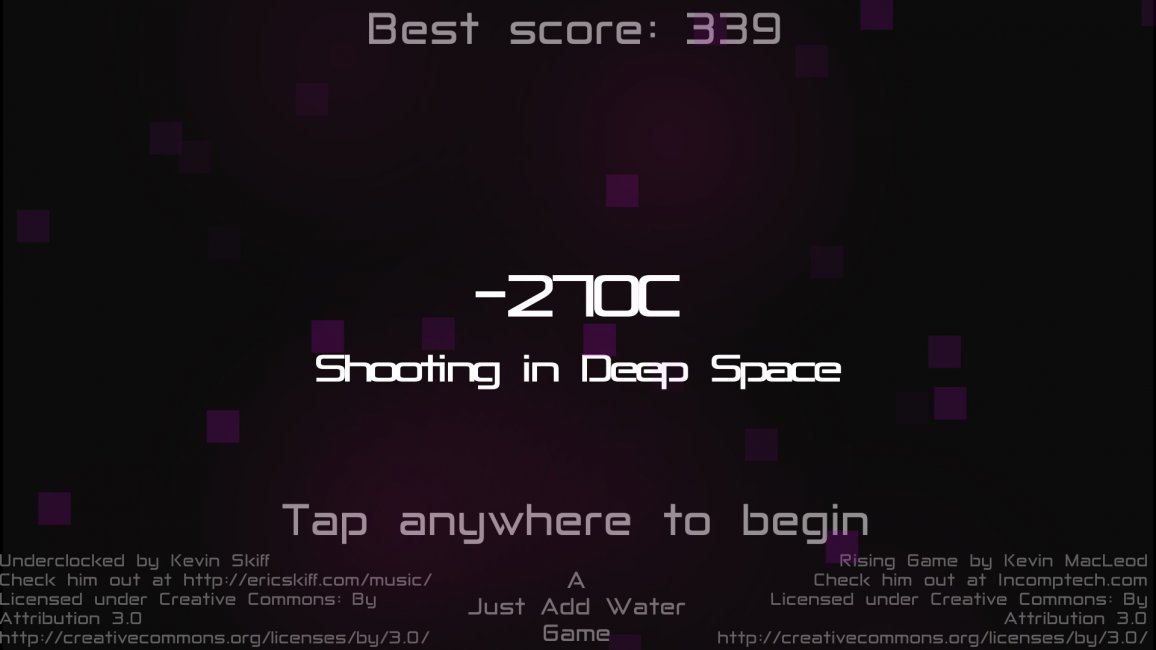 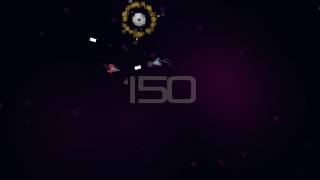 An arena space shooter designed for mobile.  Click either side of the screen to steer.  Survive as long as possible.  Enjoy the spectacular programmer art.

I changed the units from really crappy sprites to kinda crappy voxel models.  I added high score saving and a tutorial.  Since this is my first post here, I guess I also added a game to the game.  It has keyboard support, so if anyone doesn't want to do the Android version let me know and I'll upload an exe.  If anyone wants a mac version I'll export one of those too, but no promises on how well it will work.

Controls UI Graphics
HI! I actually enjoyed your game a lot! The controls just feel right, although it's not challenging enough. I would increase the player speed a bit, but keep the slow movement when rotating because it's really cool!

I really think it can work pretty well if you'd do the following:
- find a better name = simple, easy to remember, wording needs to be easy to stumble upon. Also, the name of the game is actually -270C, not -273
- make the player and enemies 50% bigger or decrease size of projectiles a bit.
- add weapons power-ups - when you kill some enemies, make them drop some crates that when picked up, it changes your projectiles (examples: 3 projectiles in cone, in line, longer - suggesting lasers; etc.)
- increase spawn rate of enemies as time progresses
- add more player ships - unlockable with score or coins
- spawn coins randomly that allow you to buy the new ships.

Hey, thanks for giving it a play! I agree about the name, I'm awful at naming things and changed it basically every new build. I went with this one simply because no other games popped up when searching the Play store. Probably a reason for that, though! I'll definitely shrink the bullets a bit, I liked their size for readability(and the Vlambeer-ness of them) but apparently I got that wrong.

There's actually powerup support already in the game, I just stopped working on it because my playtesters didn't like it. They're making a comeback now, though! The next update will have powerups and enemy patterns, think Galaga. It might take a bit longer to implement enemy paths but that's on the docket too. Ships will take a while longer, but I really like the idea. I'm just going to have to figure all that out.

I've actually got the spawn rate increasing a bit, but I try not to overwhelm the player until further into the game. I'm walling off difficulties with score. Do you think I should drop the breakpoint to something lower, or just make another difficulty level?

I'm definitely going to be putting more hours into this, seeing if I can't fill it out a bit. Thanks again for playing! Your advice helps a lot.
Reply

This is a game that has ai's with aimbot now it is really short so dont be mad:)

Aliens & Asteroids is a combination of the classic Arcade game Asteroids with elements of risk of rain. It is my first solo game and was made with game maker.

Use Flamethrowers, Lasers, Shotguns and more across five deadly levels to end your hunt against the Sentinel Queen! (Dead Ops Arcade style Shooter) (1 - 2 Players) (PC - Windows)   BONUS CONTENT INCLUDED: Source Code (C#) and scripts to see how the game was made. 3D Models for the community to warp & modify. Textures & Particle FX to use in your own projects. Music and Sound Effects to enhance and remix.   Developed in Microsoft XNA Studio by The A. Team: Adam Graham, Jonanne Kus, Brandon Bell, Greg Mladucky, Michael Williams   ALPHAS Survive the Swarm! created in XNA Game Studio. Top-down Twin-stick Shoot'em Up Game inspired by Dead Ops Arcade from Call of Duty Black Ops. All 3D Models and Textures are owned by 343 Industries & Microsoft.