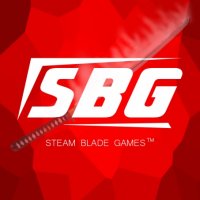 Starcaster is a challenging arcade style side-scroller. Defeat enemies, level up, and unlock new spells. Traverse through ten worlds and survive deadly enemies and challenging terrain. Acquire upgrades after each run to go farther in subsequent tries. Even with full upgrades, completing all ten worlds in one run is no easy task!Features:Completely original art and music Over fifty enemies Randomly generated terrain and enemies Ten worlds and fifty levels Eight spells Many permanent character and spell upgrades Personal stats and highscores

While it's a creative idea, I don't think many people would like to play it because it might get repetitive, and it doesn't suck you in enough. Maybe this kind of game would succeed on a mobile platform. It would certainly do better there than on PC. The main problem I see with it is that a new idea doesn't necessarily make it a good one. But, I would argue that a new idea is still better than an overused and oversaturated one.