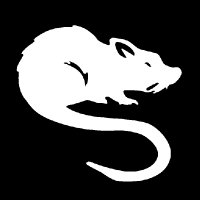 Screen-warp is a 2D Portal fan game that I made roughly a month ago. I did my best to try and create new and different mechanics despite it being a fan game.

I think it was a very bold and interesting game, it reminds me a lot of games like yume nikki. I absolutely loved that you made players have to experiment and explore in new and abstract ways. I also really enjoyed the art style and the animations. The main downside I see is how the player controls, specifically when jumping. It was very finicky when trying to jump through the colored maze section. Also I worried I might get stuck when placing blocks and I wasn't sure if there was a way to delete them. I feel like there may have been some mechanics I completely missed even though I completed the game, but that may just be me.

Overall I had a lot of fun and it held my attention for most of the game except for when I was on the third most challenging match puzzle. I really enjoy when games make you use your head in new ways and drop you into a world where you have to figure out what to do.

I feel like the the game was very short, and that the difficulty ramped up like crazy on the final level. I also feel that there really didn't need to be hp since you die so fast anyways, instead you could have made it so that there was only say 3 hp but rather than the enemies consuming the hp all at once they hit you then you go into invulnerability frames, or you could have just died in one hit. That being said the presentation of the text was nice and the ai had quite a lot going for it. I also like that despite it's length you managed to put in checkpoints. I do enjoy the idea of having to avoid ai and get to the exit quite a lot. I imagine if there were more mechanics added to the game such as patrolling enemies you could potentially make a proper stealth game with the framework you currently have.

I'm really not sure what the goal of the game is supposed to be apart from "push boxes". There isn't really much apart from a framework. I'm not sure to what extent you can do within this game maker but I'm sure there could be something more to it. One of the problems I came across is that you can easily flip the car and get stuck.

Even in very simple games like this having a proper goal can make all the difference in the world, it could literally just be an end point on the map somewhere.

I had a hard time finding any objects. It would help a lot if you taught the player super early on what I was looking for because I ended up just wandering very bored. And maybe you could also have more visual indication where objects could potentially be, aka the general area of objects. I could potentially see a cool collectathon where you could potentially do puzzles for more important objects, much like how in zelda botw you can collect Koroks and do little puzzles in the open world. I would also spice up the world e world more graphically and make the landscape look more interesting with props and such, perhaps even have the environment impact the player.

I do like the menu quite a lot however, it's a huge plus in any game to be able to adjust your options.

Thank you for the feedback, I really appreciate it!

Yeah, I'll be first to admit that the blocks are easily the buggiest thing in the game. They actually were really hard to make because normally the player controller that I was using wasn't able to stand on physics objects, so I had to make a weird amalgamation of physics object and collision boxes. One thing I will say however is the box shouldn't get stuck on walls, you can actually push the block from the side to pop it out of corners. I don't blame you for not knowing that though, a lot of people I had play test it had the same problem. It does definitely have a few places it gets stuck in however, and unfortunately that's to do with the physics engine, especially on tilemaps which I used heavily do to time constraints.

Thank you for enjoying my game! I'll definitely take into consideration the problems in this project in the next game I make.