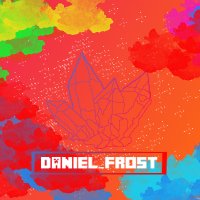 It's a LITTLE BIT PITCHY

This is my first game. This game revolves around Joel from RoomieOfficial( YouTube Channel:-https://www.youtube.com/channel/UC9SVhrnsGxWwiBRWT9c7Ozw ). I can't say too much as it is a very short games and there is not very much to spoil. I will say this, this game was made just for me to learn Unity Basics.

This was obviously a CS "inspired" game and I enjoyed it. I was looking to play some CSGO but the download speed here was horrific for that. So this cured that itch. Thanks :). But there are lots of work that needs to be done. The first and most obvious is your marketing skills. Now you might not be looking to earn some funds but putting "FPS multiplayer shooter..." really repels people to play this game. Work on that cause' you need to earn some money for 3 years of work. Now for problems with the game:

-Bloody Gun Glitch: When a gun with blood spilled on it is taken, the whole player model and the gun model sort of starts to flash.

-Display Driver Crash:- This happened when I tried to join a server that required me to download the map "Map Magic". This crashed my display driver.

-Next up is the full screen. I mean, those borders in the bottom and top of the screen are sort of unattractive. Try to do something about that.

-Last up, a game-breaking glitch. I randomly started flying when I joined a server full of bots(map: Assault). I could look up and move in any direction. It seemed as if the gravity on the Rigidbody was negated. I think it might have switched with spectator mode or something. So yeah, fix that.

I also forgot to mention the Camera. Another previous thread did mention it.

I think I like this game. I personally haven't played Bayonetta cause' it did not appeal to me at all. But your game is something else. I like how you can look down and shoot to just jump really high(you might not have intended that). It really made some moments. Especially against the bosses. I would jump super high and send a thousand bullets raining on them. It might sound like that might be too easy but the projectiles just don't shoot. They have a trajectory that you have to master. So it was super fun. I personally was like maybe I should steal this idea and make my own game(not going to btw. Too much work). That is the main reason why I choose Mechanics as my favorite aspect. But please do take note that you have give an encouraging factor for the player to pull out those flashy moves.

Now on the Game Graphics. I am not saying the 90's art style is not fitting or anything. In fact, I think it was very decent. But make the graphics a bit recognizable. I couldn't make out what the enemy was doing to me or what moves I was pulling out. But overall, a good game. Keep building on it. I will be there for it.

Hey, sorry I got to you a bit late. I forgot to check my mail.

I have 8GB Ram now but at the time of testing, I used 4 GB