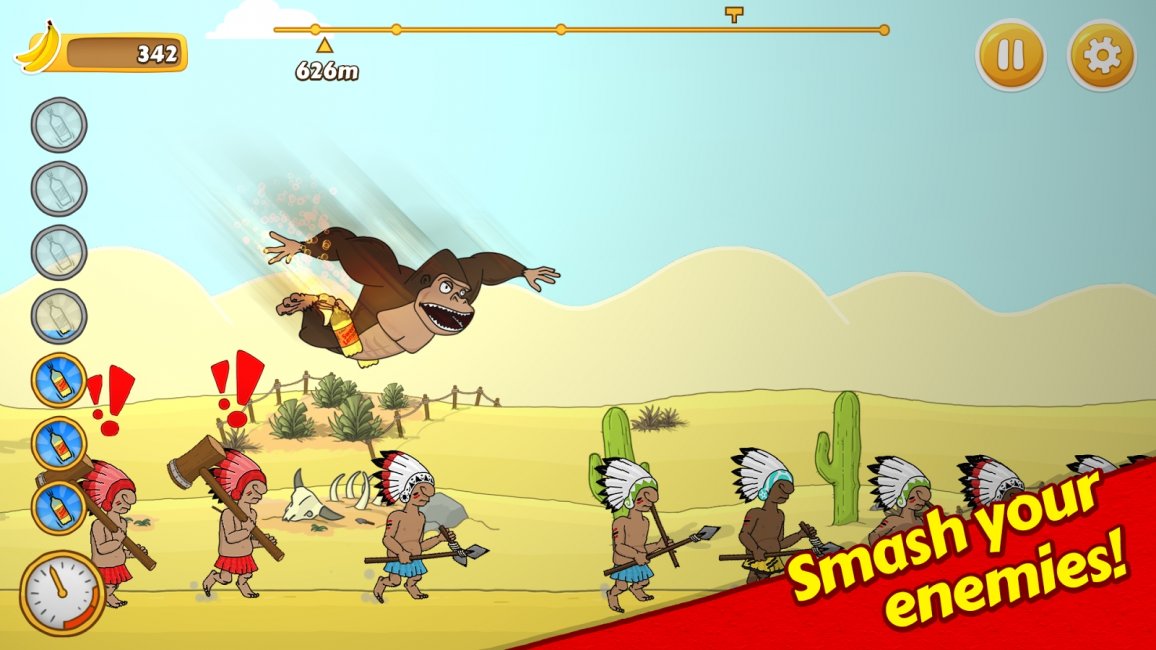 Gorilla Bobo was going to forest for bananas, to cave for refreshment in hot days and he was enjoying freedom. At least until aborigines from tribe Hulu surprised Bobo in sleep, tied him and locked into a cage. They started using him to drag heavy stones for camp fortification. However Bobo didn't want to live as slave, so one day he got really angry. He managed to break the cage and pull a catapult. He told himself, that it would be much better to ovefly them, than to fight.