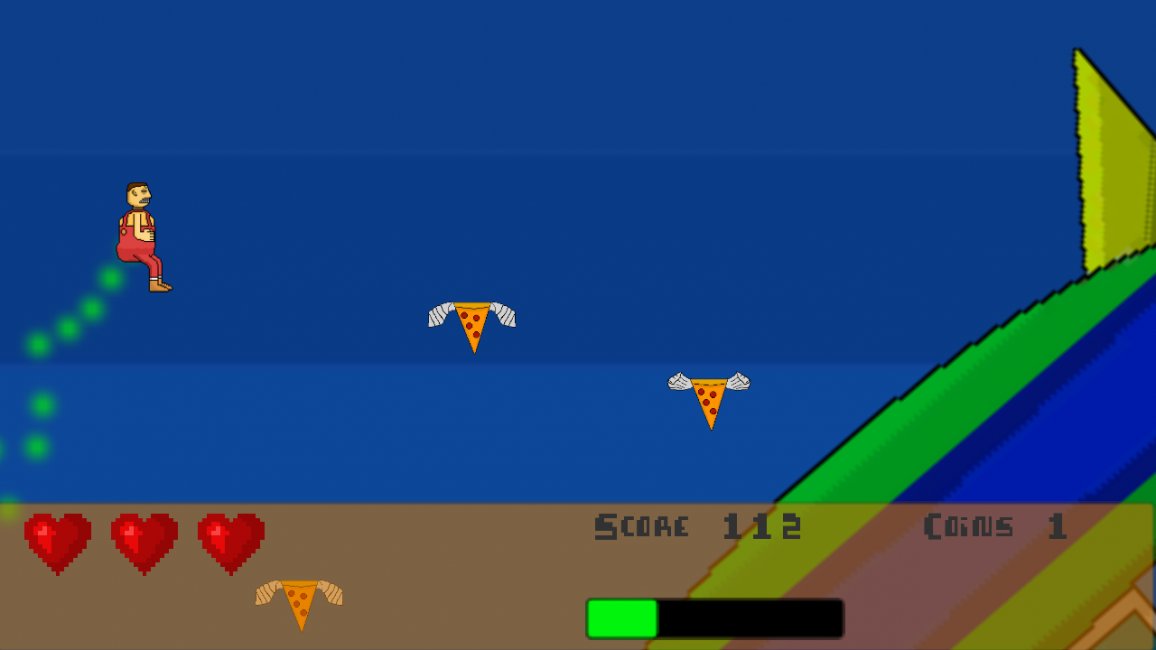 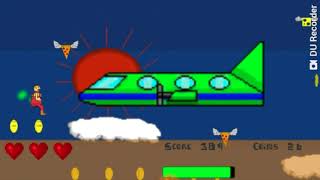 Play as Fart Man! As he runs across the skies with his Super Flatulence!
Tap the screen to make him fart. And listen to the funny sounds as he soars through the air with his super farts, While he collects food to keep up his fart strength like pizza, beans and blocks of cheese! Otherwise, he may fall from the skies!

But Fart Man had best be careful! Because there's deadly birds and high-speed airplanes in the skies, that will tear him apart and end his farts.

Tap the screen with two fingers to unleash your deadly fart attack! Use it to take down the nasty birds, planes and blimps!

Collect other new power ups to help Fart Man on his way. Such as the food magnet, which brings food towards Fart Man. And Laxatives, which gives him infinite Fart Power for a brief moment.

As you get farther with Fart Man, he begins to pick up speed! Getting faster and faster with his fart velocity! How fast can you go, and can you keep on Farting?

In the latest Fart Man update, I tweaked the gameplay mechanics for Fart Attacking. Also added new power ups and outfits to unlock in the gift shop. As well as reward ads for when you die and can be revived. And also for gaining more coins.

In later versions I'll be adding more outfits and power ups to unlock.

Controls Game Graphics
its a funny game i really like it but you can make your graphics more better.
Reply