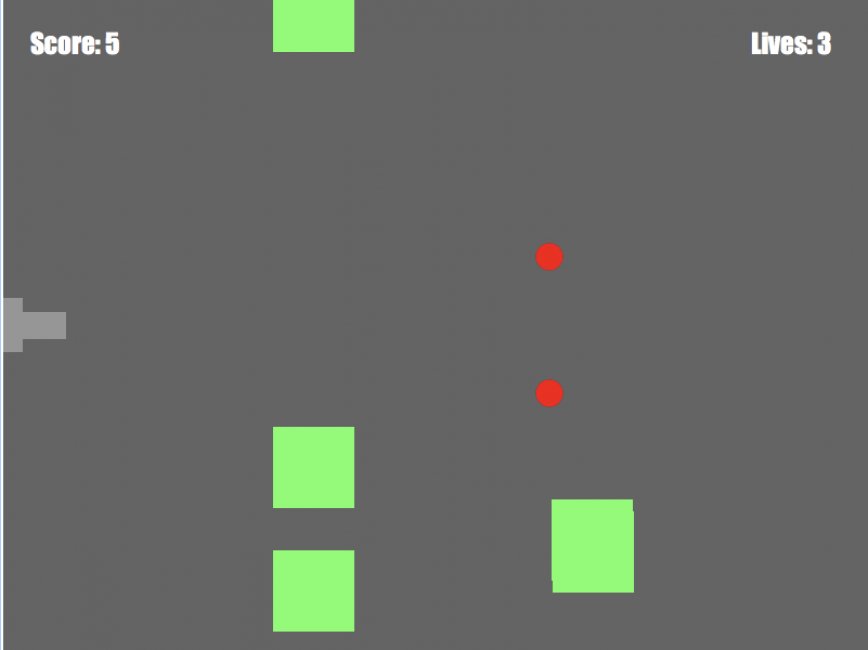 A simple game where you fire laser cannons at alien blobs!

It is 2352 and weaponry is more advanced than ever. Humans are smug about their power  and are ready to fight anything. But when the aliens arrive by the thousands, and a shortage of soldiers grips the humans, you sign up to be a cannon gunner. Can you survive and save the world? Or is humanity doomed...

The aliens have been repelled! You are awarded a medal for bravery. But when the aliens return 5 years later and more powerful than ever, you are forced back into service. Will you be a hero again?

The human economy is booming, and the army has been equipped with new turret designs, so when the aliens return again trying to take over, you are ready. You jump into a turret and begin firing.

Turret design 1: Slow-firing turret whose lasers go straight through enemies, destroying up to 5 enemies per shot.

Turret design 2: Fires faster and shoots 2 lasers, but lasers can only kill 1 enemy per shot.

Turret design 3: Very slow-firing turret that shoots 2 lasers that spread up and down and go through enemies.

Mechanics
Okay, here goes:
1) Continous moving after button push - bad, should be only when button is down
2) Continous soohting with no control over it whatsoever - bad, should be on-click
3) Give attacking squares different shapes and colors based on their specs (movements speed etc).
4) Give enemies a different specs: move speed, hp, shooting
5) Make it so a player can proggress a level in the game, not in the menu
6) Add an Exp bar on the screen (top/bottom of the screen)
7) Give a player qucik menu to pick an upgrade on level up like^ bigger bullets, more dmg per bullet, more fire speed, more movement speed, bullets the slow down enemies, bullets with aoe damage etc
8) Change a player's turret color/shape on every lvl up a bit (or per every 2/3 lvls at least)
9) Add simple efeects on turret level up, on enemy hit and die, on turret's shot

Keep up the good work! :)
Reply

Thank you for all the feedback. I will edit the graphics, and I can work on choosing upgrades, instead of automatic ones. Auto-shooting has been an important mechanic to the game for a while. I will work on all these updates. Thanks!
Reply
M