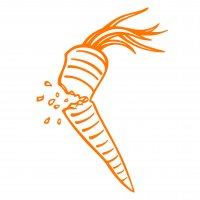 64.0 is a minimal rhythmic arcade game, where you shoot the bad guys at the rhythm of the music. The bad guys are the ones that have the same color as the background, but since the background is constantly changing, everyone can be a bad guy! Features Fast-paced action. Awesome chiptune soundtack. One unique mechanic each level. Endless mode. You can design your own levels and include your own music. Hopefully, we can have a colorblind mode.

I don't have an Android right now, so this feedback is based on watching the video.

First of all, I thought this game was a clone of the "The Impossible Game" based on the first theme you're showing in the video (0:03), I think you should change the colors.

What I like:
-Simple gameplay and mechanics makes the game easy to play and get you hooked really fast.

-Level design. Right now it looks like you're just making a random spike to fall down, Instead, you could make different patterns and use them according of the progression of the level.

-Music: Assuming that you're using the music from the video on the game, I have to say that I like the fact that the genre is electronic, but, I think it's too slow paced from all the action happening on the screen. I would like to be awarded as a player with a more frenetic-fast paced song for dodgin/not dying all the spikes that are falling.

-Font: You're using a pixel font for the title of your game but the instructions font is a completely different one. You should be using the same font for all the text in the game (I like more the pixel one).

Good luck and keep up with the good work!