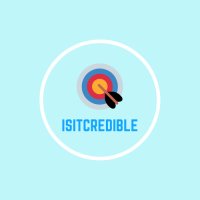 Wolfiecraft, a RPG with randomly generated maps and multiple ways to get to your goal. The choices are in your hand in this sandbox. This game is hosted on itch.io at crediblesteve.itch.io/wolfiecraftNote that you do NOT need an account and you do NOT need to pay to play this game. This game is free at the moment. Current Version (Alpha)v1.7: Game can be enjoyed or hated for hours Mobs: Bat, Wraith, Poison Bat, Mimic Bosses: Giant Bat, Shadow Emperor UI Features: Inventory, Shop, Coin Bank, Level System, Mob Hunting Milestones, Cooking System, Fishing System, Crafting System Game Features: Expanding randomly generated map, chests to loot, grass destruction for hearts, upgradable healing totem,  spells, upgradable stats, spawn point setting, resource gathering, ranged attacks DisclaimerDo note that this game is not a finished product. Gameplay may change and old save files may not be compatible with new ones (no problems as of yet). You have been warned.This game may fall under the category of games with violent elements. You will need both the .exe and .pck files to run the game. If you are updating, you only need to replace the .pck file. Game may not always be free, so please take this into consideration. CreditsSpecial thanks to Heartbeast's MIT licensed resources on GithubThanks to Gonkee for MIT licensed  water shader effects.Thanks to SoundBible for providing sound effects for the public domain. Thanks to PartnersInRhyme for providing royalty free background music.

So .... I tried running your game ... and Windows Defenders says that it would put my computer at risk to run you game ... uhhhh ...

Based on your trailer ... I can see that the game runs really smoothly. There's nothing I can roast about the graphics or the level designs.
The only thing I noticed that I wasn't satisfied was the hit effect on the giant eye. When I was watching it, I had no idea what you were doing to kill the eye boss besides the fact that you were shooting it. It also seemed that your hits doesn't actually damage the boss (after you kill the 4 eyes). Although there's a small hit effect (it looked like it was hitting but not doing damage though because it was so small), it wasn't that impactful. It will be very demoralizing (and confusing to some) when we don't know when the boss will die. But that's just my opinion as a newbie to games like this.
Also, just wondering ... does the homing missile auto-select the target? Or does it home in on what target you hover over when firing it? I noticed it homing in on the eye (but not the small eyes).