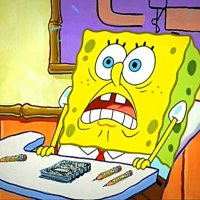 I will get straight to the problems as the pros of the game has already been mentioned in the comments above. This game does not suffer from the learning curve issues, this is not where you can say "git gud" or get good. Three major problems are the level designs, upgrades and controls.
Firstly, I'm fully aware the devs made this game with an element of rogue-like, hence your playthroughs are going to be different each time you play which is fine. But it doesn't makes sense where at the start of the stage you have to face the toughest grunts(enemies) while having no second weapon, it is absurd having to defeat these higher tier enemies in the early playthrough. IT IS HORRENDOUS.
Secondly, the upgrades are so bare bones and do not give any better impact for your game. Example, the shield is only one-time use which is insane given the whole game is expecting you to hit those bullets and asteroids (which is crazy to dodge all the time). If you have some common sense you should make it 5 shield hit points or regenerative shield.
Third, the controls are sluggish in my opinion especially on a gamepad, using keyboards has a better response time. But another stupid problem is you can't configure the buttons for keyboard, F**K.
I really really really want to love this game but it's not balanced your barely pass the second boss.