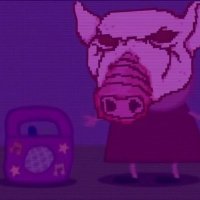 Hunt for most valuable photos Made for weekly game jam

I like that it's simple, but addictive
But i didn't like that session time is very little, because speed is increasing fast and at about 1000 you will fail anyway
Also, I though that I could jump over those blocks, and spend couple of times trying to do that (don't know why I though that, maybe because they're small and looks like it's possible)
And really like the music, it makes me want to restart after fail

It was fun playing it!

Thanks for your feedback! Yes, currently the game is real simple, wanted to test the mechanics and idea. May be in the future, I will make it as a real tycoon game