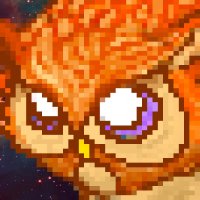 It was really hard to find something to roast about this game, it's so well made, fun, and polished! Even the level design is good. The physics are flawless and the mechanics really play off of that. I like all of the different weapons and abilities, especially that fist and the Heavy's magnet. I can tell you guys allocated a good chunk of time designing the classes, their abilities synergize well with each other and aren't your typical Team Fortress classes (love the ninja grenadier with the star cannon)

For the bad, the two main issues that came up for me jbarba109 already mentioned. The level just needs to be filled with more background assets like those lockers, add more stuff like that. And the main menu image does not convey the level of polish that is found throughout the rest of the game, so it sticks out.

and yes, costing a jump for walking off a cliff was a noticeable issue for me too. There were many times that I thought I had another jump in me but must have missed the edge by a little when kicking off. I think increasing the delay to 15-30 frames would feel much better.
Also, I got stuck in that level where you learn to use the momentum from that curve to boost your jump to collect the teddy bear. It took a while for me to register that I was supposed to jump once, and then jump downwards while pressing jump again. I don't really know why, I realized you guys made it pretty obvious when you started. I guess I saw that second SPACE and assumed that was carrying over from the first one. So my suggestion is, switch around the SPACE + S to S + SPACE so it is more clear that you are pressing SPACE again in the air.

The graphics are very rough but there are successful games with rough graphics, it is still a style and if you make it consistent then you can make anything work as long as the other stuff carries it. I think instead of focusing on the graphics like people are saying, prioritize physics because it's making the game difficult in the bad way. 2 things specifically: after I kill an enemy sometimes I clip into the floor and can't move until I jump, and make the wall jump more reliable. Also, sometimes an enemy will just spawn onto my head and kill me. I think I noticed a design solution where you have a little platform that they spawn onto before they drop, I think that was brilliant.