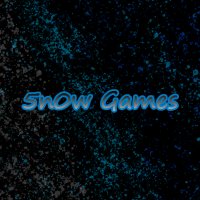 Into The Mouth of Hell

'Into The Mouth of Hell' is a Enemy Battle Rush. You'll take control of the main characters, Ashun, Luna, Mystic, and Stella through a total of 10 floors (more coming soon) to take on the final boss of the dungeon.  Variety of skills are in the game! Magic Special Limit Breaks Stealth and more to come Please Note: This game was made purely for fun and is in no way a serious project, I will take feedback and apply them to future updates when I can as I'm very busy with real world stuff right now. Other than that I do hope everyone who plays this finds some enjoyment in this game Also I'm working on a custom title screen so bear with the RPG Maker Default title screen (I don't like it either trust me) For dev updates feel free to follow me on Twitter and Instagram @5n0wGames (The handle is the same for both) If you want to donate to me, my PayPal link is in the games credits which you can access in the main menu! Or if you don't want to do that and give me a donation right away if your reading this description, here's the link!

It's a fun game, I played it for a bit and had a nice time! Keep up the good work :D

Appreciate the response and yes some ideas where rushed and mostly not really thought through entirely, but at the same this was a spur of the moment distraction kinda of game. There really was no need for me to make up some story or lore or anything (besides the fact that I'm actively busy with studies and other projects and can't find the time to do so)

As for the tutorial, it was added at the last minute and honestly the more I think about it the more I really think it was a waste of time making it. Combat wise, I am trying my best to tweak it and make it better, yes that does mean I'm removing the multi-attacks in the game as well, some people told me it was a neat idea but the way it functions brings the game down to a crawl.

Also as a bit of a spoiler, I am changing the game in it's entirety actually, at this very moment I have converted the game from a 10 room battle rush. To more of a dungeon crawling experience where you will have to explore a maze like area looking for items and a key to enter the boss room of the maze. It's all still in the building the process and as of right now still hasn't been fully play-test.

Once I have finished that, I'll have the update available to download as soon as possible.

Thanks for the roast, very appreciated :D

And honestly I do see it as a good thing for me as this is my first game I've put out to the public. I'm happy to see people giving the game a shot whether they love it or hate it.

Yeah as far as I know I haven't heard from anyone about a major bug or anything in the game, I never ran into any during my play-test either so I assumed the game was bug free for now, which is surprising since the game is far from being fully complete :D

I plan to have the update ready and available to download by the end of next week so keep an eye out for it!

Into The Mouth of Hell