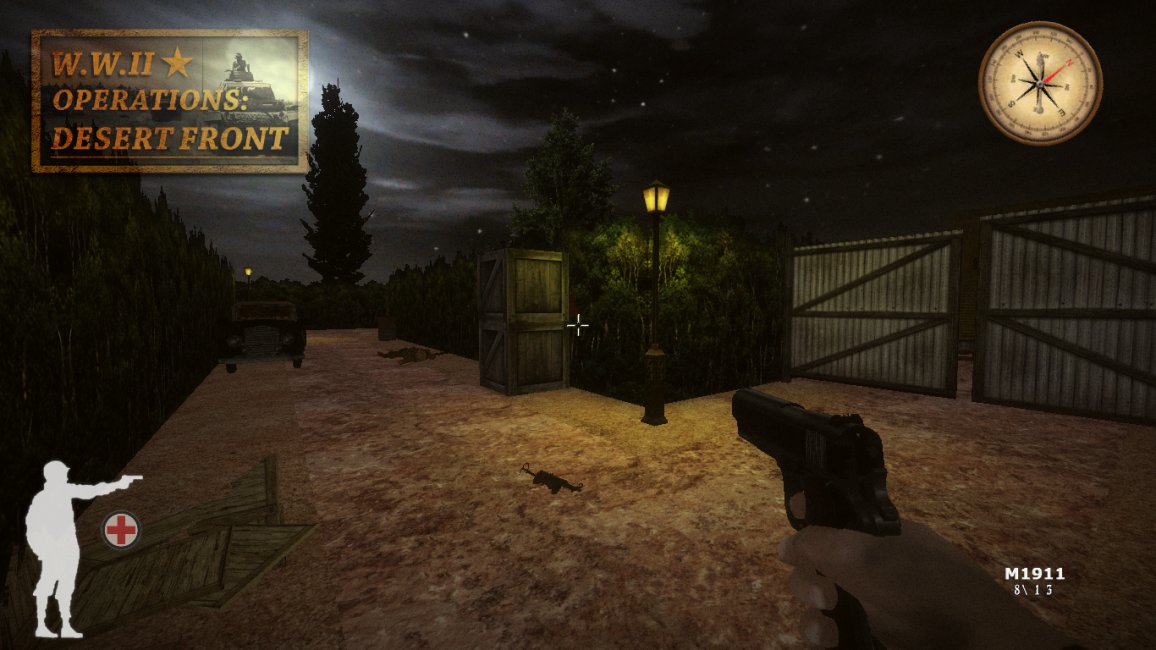 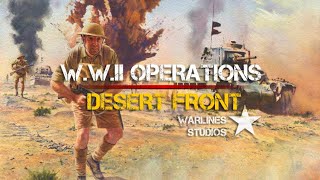 - American Campaign: You will play as soldiers from the 9th Infantry Division of the U.S Army, sent to Rabat during Operation Torch, 1942. Your mission is to liberate the country from Vichy French occupation, fight alongside with your platoon and help them get through the toughest of situations. These characters include:

Start from the shores of Morocco to Vichy-occupied villages and Special Operations Afrika Korps bases, experience the Invasion of Rabat like never before!

Update 1.9 is out, and it might possibly be the last update for Desert Front, but don't say goodbye just yet, I said possibly!

Originally it was going to be 2.0, but we saved that for later, hehe. But for now, let's see what this new update brings us:

- The compass now shows whoever is near you, though it would not differ between friend and foe, you will have to figure who they are by yourself  :0

- Vichy Frenchies now pose a bigger threat than just 1 level, they'll be alongside the Germans in the main missions (History Fact: The Germans and Italians did not arrive before the Allies took over Morocco, which made the battlefield comprised of only Vichy French troops, the game is not entirely accurate to ensure an entertaining experience)

The game has no planned update at the moment, but you could check out its sequel, Lions on The Desert Front.

Is it made in unity
Reply

Thank you for the nice comment! :>
The game was created using a small engine called FPS Creator which is still being supported by its very active community.
We have published Desert Front and our other games on itch.io, IndieDB and GameJolt, here are the links to those pages:
https://warlines.itch.io/wwii-operations-desert-front
https://www.indiedb.com/games/wwii-operations-desert-front
https://gamejolt.com/games/wwii-ops-desert-front/468389
Have a great gaming experience, soldier!
Reply