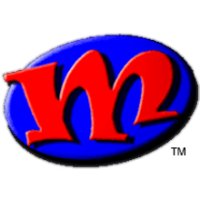 Launching on Xbox One April 19th, 2016! If you don't have time to try the game from the other links below, please feedback on the trailer & marketing images. Thanks! Press reviewers & streamers, please contact us for Xbox One DL codes prior to launch.Help young Bloom rescue the Skyling Gardens from the terrible Blight Monsters!   Touch every square in the garden maze and watch it grow. But be careful, the gardens have been overrun with monsters who want to destroy everything. Use your wits to avoid or destroy them as you sprout the garden back to life.    Use the garden to your advantage. Trigger switches and elevators to dodge your enemies. Move sleepy garden cats around the maze to block passages and hold down switches for you. They don’t mind. They’ll sleep anywhere! Features:  * Simple and intuitive gameplay.  * 30 gardens to rescue.  * A variety of adorable monsters to outwit.  * Three-star scoring system for each level. Can you master them all?  * Multiple control options.  * no ads or in-app purchases.

The game is super hard. Still, I had a lot of fun playing and laughed out loud when I'd finally get a box where I needed it only to walk into some spikes like a chump. I had some difficulty getting used to the controls, but that's part of the challenge with this game. The first two jumps were littered with my dead chicken corpses. I think your team is off to a great start.

I played for 10 minutes, and only got as far as the first two-box puzzle. That's not a bad thing. I think the appeal with this game is the difficulty, The images make the game look simple, but the challenge is real.

If you added the ability to flap your wings for a little in-air control, I think this game would be hilarious. Also, don't be afraid to ham it up with more chicken sounds. My only complaint was the area in the second room where you have a blind jump. This is also the area shown in your first GIF. That part felt cheap, like I had to spend a death just to figure out where to go next. Otherwise, super fun. Keep it up!