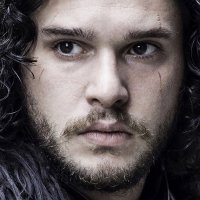 Are you making the game on your own or do you have a team?

I think there are a few things that can be done to polish the game up a bit. It looks like when the character is moving about, the tiles at the outer edges of the map will flash. Maybe you could make them fade in and out as the player moves towards and away from the region.

Also, this is probably on your list of things to do but I though I should mention that there doesn't appear to be any die animation for the snakes or the snails.

wow, blast fro the past, this really reminded me of the games I would play in my childhood, "Spy Fox" and "Pamaja Sam". Pefect choice of music in the video.

A slightly more mature version of those games sounds like a great idea!

Just a disclaimer, I haven't played your game as I don't have an iOS device. Everything here is from what I saw from the screenshots and videos.

First of all, super cool idea. I've never worked with VR but I image it's pretty difficult.

Now, down to the roast.. The game doesn't seem to compel me to play. For example, when the Penguin is hit, there is no reaction besides the penguin going back down into it's hole. How about an animation of the penguin going dizzy-eyed (maybe sometimes the penguin gets little yellow birds flying around it's head when it's hit).

There's lots of addition features you can add. Take a look at similar types of repetition games such as Tetris or Cookie Clicker. They take a repetitive action and make it more compelling by adding a timing or accuracy component. Features you can add are a combo meter (correctly hitting multiple penguins in a row increases a points multiplier) or a bomb penguin that would explode and end the game if it was hit.

Also, from the screenshots on your iOS page, it's difficult to tell what the game is and what you will be doing.

When it comes down to it, what your game doesn't have is "game feel". It's a game, you can play it, but there's no emotion to it.