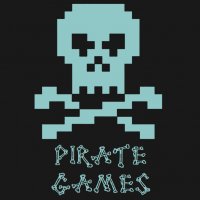 The Order Of The Silent Fire

Newly released WikiLeaks documents have revealed an imminent threat from a domestic terrorist unit working from inside the CIA. The document states that a nuclear attack on U.S soil is on the cards any day now. You are Andy Anyman, John Doe, your name isnt important, the man without a face, a part time cleaner in an unassuming government building. Doing your rounds you find an unguarded terminal, you need to scour it for data, find the launch codes, decrypt them and prevent the attack.Without login details you're only hope is an easy to access guest account to get started.

This is a great little prototype so far, I really liked the ship controls, nice and simple but you can feel some weightlessness, nice!
Some nice effects like when the asteroid are destroyed.
The shop menu is abit awkward to navigate, and also in the menu's I tried clicking the button to start, but it doesnt do anything so I had to press a key, would be nice if both ways worked instead.
I think something is wrong with the resolution on my screen, as there is no indication of why my laser stops firing.
If you continue to add content to the game, I would suggest having enemies competing with you for resoures, space pirates and random missions at spacestations etc like the oldschool space games.
Best of luck, will be keeping an eye on the project!

Thanks for the great feedback, that is very useful, originally it was intended to be that you are in at the deep end and have to figure it out yourself, I think I will add a storyline in the form you suggest and have an optional hardcore mode that plays as originally intended. I did write a walkthrough that is actually written from the characters point of view so I could probably adapt that for purpose,

As to the F10 + STATIC, in the music player that appears to have 4 tracks and two empty tracks, one of the empty ones actually contains a sound file that you can play like the others, but is actually just some static audio noise, if you press F10 while that plays, you get access to the console, most of the game is based around the console, so at the very least I need a more obvious way to guide player to opening console for first time, most of the other game command can be learned through the console itself.
Cheers mate, youve given me some food for thought!!

I’ll be working on that today. I’m thinking perhaps to have it so that if the player right clicks on something then a text box could pop up explains the characters thoughts about that particular thing. Anyway I’ll work it out, cheers for the feedback!