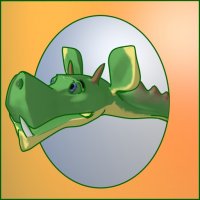 Once upon a Dungeon

I played tutorial, then story mode, went from few levels, reached out of the dungeons to the forest.
The a classic roguelike and delivers what is promised in the description.
Pros:
-Graphics - pixel art with minimalists animations, cute and enough to have fun.
-Difficulty - it's a challenging game, that's good. Depend on your position and enemy kind you have to use different spell. I think for some might be too difficult maybe difficulty levels could be added
-Good tutorial, fair learning curve inside the game.
-Good descriptions of spells, enemies
-Casting spell mechanics is well done, tiles that can be used to cast it are shown

Cons:
1. Controls. I know it's both Touch/PC game and it tries to handle both worlds.
I think there should be a PC controls mode with (possibly set in options):
- WSAD working beside arrows
- Spell description could be on move over
- Messages from game could be dismissed with Esc/Enter

2. Mechanics
- I think there is no option to skip player's turn
- There could be info how much damage given spell causes
- There could be weapons for fight purposes, probably would require some kind of inventory
- There could be possibility to collect mana/health potions and use them on demand - game would be more flexible then

3. Other
- sounds would be a strong enhancement
- music was somewhat not fitting game's medieval style
- necromancer boss was surprisingly easy to defeat

Overall its a very nice game, needs some enhancements to appeal to wider audience.