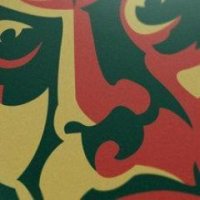 Simple yet addicting, I think it would benefit form some more seance of progression, maybe unlock new upgrades, a personal best marker. What bothers me the most is the bounce at the takeoff, at least before you get access to a high enough upgrades to exploit it ;). With that and some bigger obstacles I could probably play it for quite a while. Also, would be fun if the boost was always relative to the car, it would add another skill aspect where u have to time the boost with the cars rotation.

The core mechanic is fun and intuitive, anyone should be able to pick this up and start playing even without a tutorial, the control scheme also helps with this. What I think the game would benefit most from is a more versatile movement system where you can choose how high you jump by holding the jump button longer or shorter. I also dont like how slippery the platforms are but that's my personal preference.

When it comes to the core platform creating mechanic I think there should be some drawback to creating larger platforms. One way to do this would be to restrict the area of the platforms instead of the maximum length of each side. That way the player could choose to create long platforms or tall ones or a mix of the two. Same thing could be done with the blocks counter, instead of counting the number, you could count the area that they take up.

I could also see wall-jumping and things like that work well in this type of game to create more options for the player to solve problems.

One final note: When first encountering the button mechanic I attempted to pin the button down with a block, I understand why this should not be possible however a change of the visual style of the button could make this clear to the player from the start.