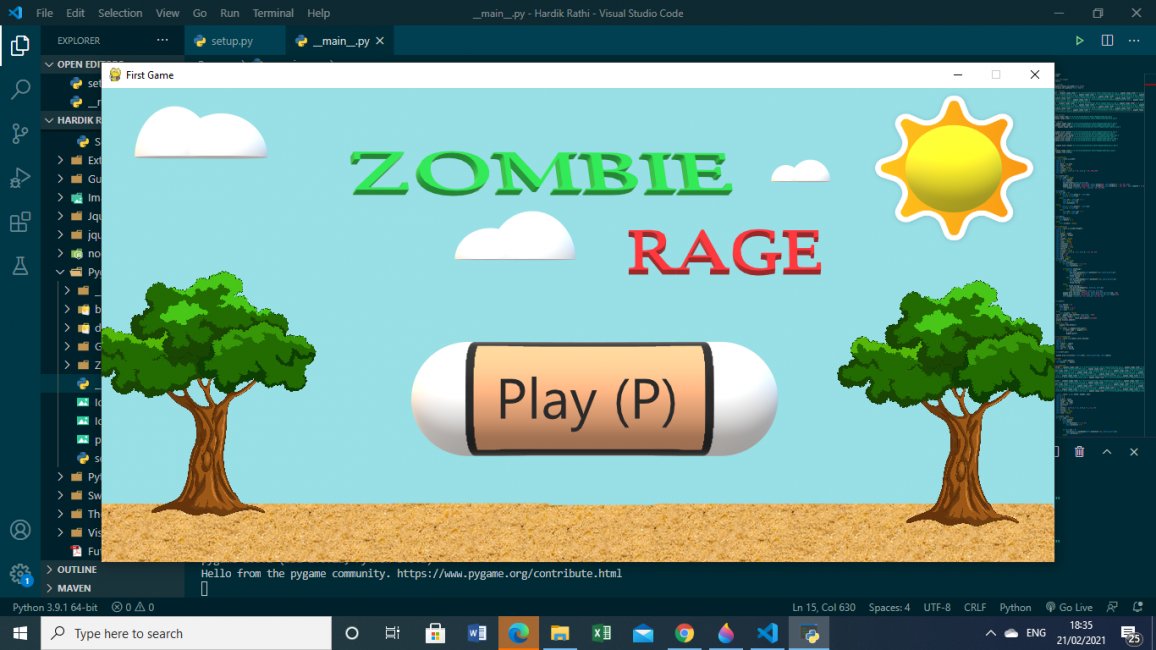 Zombie Rage is a fighting game in which you have to fight with zombies;using bullets.Kill 30 Zombies and the Zombie Egg(Boss) with the power-ups like hearts and bombs which will appear in the game has only one level but will be developed further.
Controls:
1.Right Key to move Right
2.Left Move to move left
3.Up button to Jump
4.Space button to shoot bullets
Also find my game at https://sv-gamerz.itch.io/zombie-rage

This version is the most basic version.No change in this version.

Sorry! Actually this is the first game created by me due to which I learner pygame but once I will learn graphic designing and will excel in pygame I will create a good graphic version of it
Reply
S