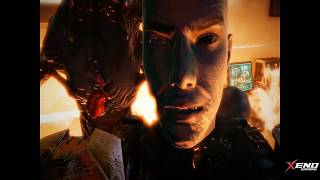 For his first day at Xeno Tech Laboratories, Carl Smoke did not expect what he would discover. Temporal and energetic experiments, new technologies and parallel worlds, here is an overview of what he was going to discover.

He, who simply had to launch a revolutionary experiment of which he had studied the smallest aspects and debauched, he was far from suspecting what he was going to generate ... An unexpected dysfunction of the system caused the energy catalysts to be stopped until the crystal finally imploded, causing damages that no one could have predicted: an electromagnetic and temporal cataclysm that was never equaled.

The game will first be available in Early Access because I want to make it evolve with the community.
Creating new characters, monsters,  levels, and features while receiving feedback from players looks like the perfect option for me.
As I develop this game alone, it's hard to test all of its aspects and stay objective of the work provided.
I want to be sure that the game is working well and matches everyone's expectations before the official release.

I'll focus on the feedback given by the players and try to fix each one's bugs as best as possible.
I'd like a lot of people testing the game, so that we can make the game grow together and make it a success.
The community will have a role to play to make the gaming experience better and help me include features and mechanics players want to see in a SciFi FPS.